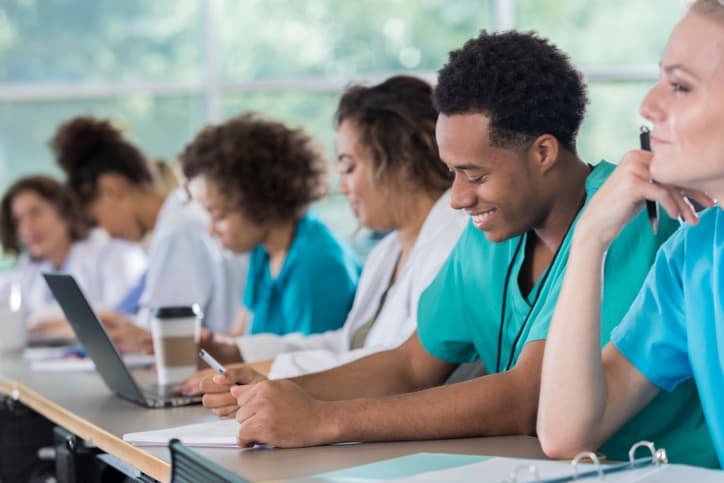 A professor of nursing and neurology at University of Tennessee Health Science Center and the chief nurse practitioner of the facility’s mobile stroke unit, Alexandrov is also a leading international acute stroke nursing expert.

According to a press release by the AACN, she will deliver her lecture during the organization’s National Teaching Institute and Critical Care Exposition from May 16-18 in Houston, TX.

Alexandrov’s research focuses on stroke, including hemodynamics and reperfusion. She also explores innovative ways to augment blood flow in hyperacute large vessel occlusion (LVO) stroke and runs a National Institutes of Health-funded clinical trial called ZODIAC to study it. She and her team were reportedly the first to document numerous important LVO hemodynamic findings, including using ultrasound to dissolve blood clots, of which she is co-inventor and a patent holder in the United States.

In 2007, Alexandrov developed the NET SMART (Neurovascular Education & Training Acute Stroke Management and Reperfusion Therapies) post-graduate fellowship training program for advanced practice nurses in acute stroke. She has mentored more than 100 APRNs from across the U.S. and internationally in this program, according to the AACN.

Alexandrov’s work related to stroke systems of care has documented opportunities for improvement in guideline-directed stroke unit operations and demonstrated the safety and effectiveness of nurse practitioner-led mobile stroke units. She has authored more than 100 original scientific publications related to her work in stroke-reperfusion therapies, experimental blood flow augmentation strategies, and stroke center development and credentialing.

“Dr. Alexandrov’s groundbreaking work has established her as the leading expert on acute stroke nursing around the world,” said Beth Wathen, MSN, RN, CCRN-K, president of the AACN, in a prepared statement. “Her discoveries have led to improvements in the care of stroke patients that have ultimately saved thousands of lives. She’s a shining example of how critical care nurse practitioners are vital leaders in healthcare today.”

From 2007-09, she co-chaired the National Quality Forum’s Stroke Committee, which selected evidence-based core measures for the U.S. Centers for Medicare and Medicaid Services (CMS) endorsement/pay-for-performance and served as a member of the National Quality Forum Consensus Standards Approval Committee overseeing all quality indicators adopted by CMS for public reporting.

She also served as national president of AACN in fiscal year 2000 and the organization previously honored her with its 2013 Flame of Excellence award. She was also named an honorary ambassador to the World Federation of Critical Care Nurses in 2012 and a fellow of the American Academy of Nursing in 2004.

Officials with the Air and Surface Transport Nurses Association (ASTNA) have announced the launch of a fellowship program that will annually bestow an honorary recognition for nurses who have made “enduring and substantial contributions that have had significant impact and continue to advance the field of critical care transport nursing.”

Those who are named fellows of the Academy of Air and Surface Transport Nurses (AASTN) will be recognized for contributing continued leadership and service to the critical care transport community.

“The ASTNA fellowship program was created to honor those individuals in the nursing transport industry that have made and continue to make substantial contributions to the transport nursing role,” said Kelley Holdren, RN, BSN, CFRN, president of the ASTNA, in a prepared statement. “The ASTNA Fellow recognition allows us to celebrate those individuals that have selflessly shared their leadership, knowledge, and contributions both past and present. We are honored to have such recognition and celebrate those individuals.”

The AASTN functions under the ASTNA’s board of directors and is among ASTNA’s highest honors, recognizing individuals who have made a significant impact on the critical care transport industry through exemplary volunteer service and leadership, extraordinary accomplishments, or other major contributions to ASTNA and the transport industry.

“The Academy is the first of its kind for our unique role as transport nurses,” said Josh Wall, PhD, RN, CEN, CFRN, immediate past-president. “It is an opportunity to recognize those who have made a significant impact both on the industry, and those for whom we provide care to. We are excited to honor those who have given so much of themselves for this organization and its membership.”

Two funding proposals are currently moving through the General Assembly in Virginia that could help to meet the demand for forensic nurses in the state. According to a recent report by NPR, the Senate’s budget proposal includes $1 million over the next two years to fund nurses who examine victims of sexual assault.

Another proposal would reportedly make it easier for forensic nurses to testify in cases via video conference rather than traveling to court in an attempt to save hospitals money and to benefit patients more effectively.

According to the report, Virginia doesn’t have enough nurses to examine people who have been sexually assaulted. A 2019 study by the legislature’s Joint Commission on Healthcare revealed the shortage and found there are fewer than 200 trained forensic nurses in the state among nearly 94,000 registered nurses.

Virginia Delegate Rob Bell has stressed the importance of nurses collecting forensic evidence immediately after an assault. “If they’re not there, the case may not be brought at all,” Bell told NPR. “And if it is brought, it is less likely to be successful. It disempowers victims of sexual assault, and it ensures that even where they wish to bring a case, they may not be successful when they do so.”

There are currently only two hospitals in the state, Bon Secours in Richmond and Inova Fairfax, that are staffed with full-time sexual assault nurse examiners (SANE nurses), according to the report.

A group of five faculty members at the UIC College of Nursing, Chicago, IL, have been named to the 2022 class of fellows of the American College of Nurse-Midwives.

Fellowship in the American College of Nurse-Midwives is an honor bestowed upon midwives who have demonstrated leadership within the organization, clinical excellence, outstanding scholarship, and professional achievement, according to a press release by UIC. The new fellows will be inducted at the 67th annual ACNM meeting in Chicago, May 22-26.