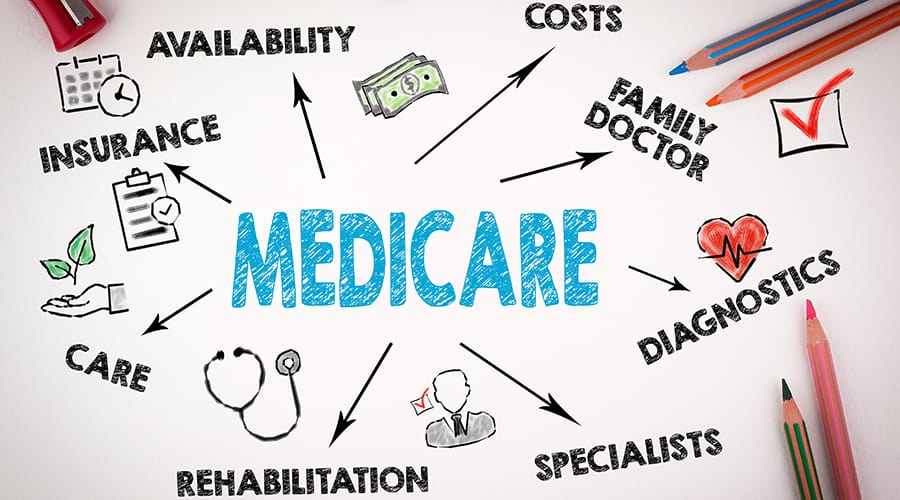 CMS says nothing will change, but how will healthcare evolve?

Last April, the Centers for Medicare and Medicaid Services (CMS) announced a proposal to replace the Resource Utilization Groups (RUGs) payment system with a new model for Medicare payment of skilled nursing care.

They’ve also given it a new name, the Patient-Driven Payment Model (PDPM). It takes effect on October 1, 2019, and has the potential to change Medicare-covered nursing to a therapy-driven model with an increased focus on the length of stay. With the 60-day comment period set to expire in less than a month (June 26 to be exact), we took a closer look at how some experts advise preparing for the advent of PDPM.

Federal authorities have stressed repeatedly that the coming changes won’t affect levels of rehabilitation for patients, but as experts at Minneapolis-based Health Dimensions Group have pointed out, it’s unreasonable to believe there won’t be an evolution of therapy.

“We believe that there will be an evolution in practice for therapy,” Michelle Kastenholz, director of therapy reimbursement and consulting at HDG, said on a recent webinar. “It happened under RUGs (Resource Utilization Groups, the current system.)

“With [the prospective payment system], we were incentivized to adapt to the payment structure.”

Health Dimensions Group offers industry-leading expertise in consulting and management services to post-acute, long-term care, and senior living providers, as well as hospitals and health systems, across the nation.

“With respect to therapy, we’re calling it a likely evolution,” explained Brian Ellsworth, vice president of policy and payment information at Health Dimensions Group. “We base that on the past under RUGS, where the use of ultra-high therapy increased by about 30 percent. That meant that the total minutes of therapy went up about 13-14 percent in only a three-year period.

“To us, that’s an indicator of how therapy can grow in a short period of time. We think it’s quite possible there can be an evolution in the other direction as well.”

What will drive such an evolution? The PDPM system no longer links payment to minutes of therapy. The de-linkage between therapy provided and the amount paid is bound to have repercussions for how providers approach the rehabilitation process.

Group and concurrent therapy will now be defined as two or more people receiving therapy at the same time. The patients may or may not have different needs. Under the current system, group therapy is defined as four or more people receiving the same or similar therapy at a time. A proposal is on the table to reconsider or change this aspect of PDPM to change the number from two to six people.

“Group and concurrent therapy were very prevalent before RUGs,” said Ellsworth. “Now they are primed to make a comeback.”

But not without regulations—group and concurrent therapy will be subject to limits of 25 percent of total minutes of therapy by discipline. CMS will monitor this based on data submitted by providers at a patient’s discharge. “Right now, if you exceed that limit you’ll just receive a warning,” clarified Ellsworth. “The question is going to be what if you chronically exceed that limit? Will you receive a visit from a medical reviewer?”

CMS, of course, has stated that they reserve the right to change policies in the future.

New policies and considerations tend to lead to experimentation, and Ellsworth expects the PDPM era will be no different. New forms of technology may replace a certain number of minutes of care by helping to rehabilitate the patient in a quicker manner. Therapy assistants may be able to perform more tasks under the supervision of a therapist.

“We may see certain subtypes of patients getting the same types of therapy they’re receiving now because it’s the most efficient way to go,” said Ellsworth. “But when added together, you could see a potentially significant change in therapy over time in the downward direction.”

By that, he means less total minutes of therapy. Of course, that doesn’t have to be a net negative, if outcomes are able to be maintained. It’s the new business model of doing more with less.

“If outcomes are the same or better, you (as the therapist) are in a great position to defend yourself should someone ever challenge that,” said Ellsworth. “But I think it depends on thoughtful planning. How much thought, energy, and science can you put into creating clear pathways and trajectories, and applying those rigorously to their facilities?”

Health Dimensions Group has looked at data from the RUGs system from over 15,000 facilities. For their study, they factored that down to about 5,000 facilities within a certain quality threshold for functional improvement metrics. “There was significant variation by clinical category,” said Ellsworth. “Within that group, some folks provide a high amount of therapy, and some don’t. Yet they all met a quality standard overall.”

This, of course, took place under the RUGs system, which doesn’t incentivize variation nearly as much. That’s why Ellsworth has hope for the PDPM system but admits it won’t be an overnight sensation.

“After going through a period of thoughtful experimentation, developing an evidence base… we will find certain types of patients do very well with less individual therapy but more group and concurrent therapy or creative use of technology.”

Some things will not change. Ellsworth pointed to elective joint replacement patients as a group who will get a lot of therapy in a short amount of time as an example of something that won’t likely change much. But a patient with numerous comorbidities and other medical issues could see numerous alterations in the system.

“I’m bullish on PDPM,” Ellsworth summarized. “I thought a lot of these changes were overdue. I think the biggest, most positive change will be facilities being able to diversify clinical categories and service lines. They’ve been disincentivized (to this point), and this is now an opportunity to up the clinical game, provided that these facilities have the right kinds of staff with the right kind of training.”

Rob Senior has more than 15 years of experience covering, writing and editing industry news and content specific to the healthcare community and more than 10 years working for ADVANCE Healthcare Network. Rob Senior can be reached directly at rsenior@advanceweb.com.