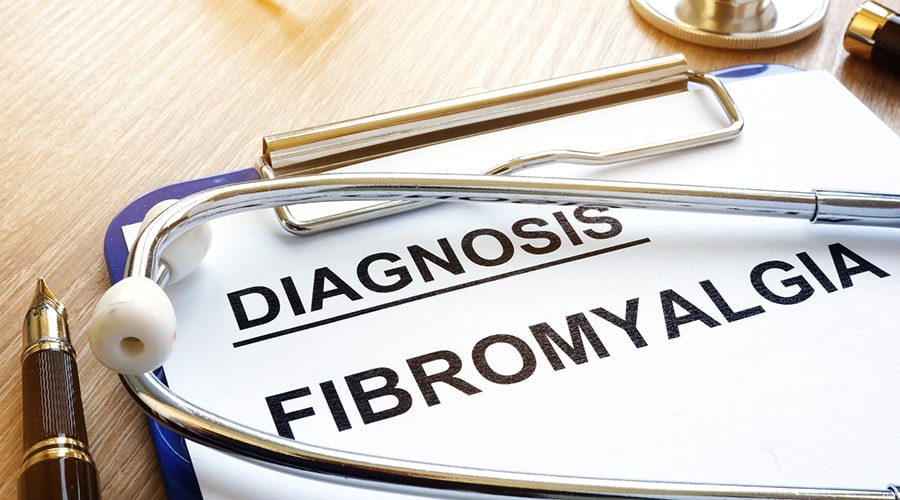 Affecting approximately 10 million Americans, as well as about 3-6% of the world population

According to the National Fibromyalgia Association, fibromyalgia affects approximately 10 million Americans, as well as about 3-6% of the world population. It disproportionately affects women – 75-90% of those affected are females, with diagnosis typically occurring between the ages of 20 and 50. However, fibromyalgia can also affect men, children, and those over the age of 50.

What is Fibromyalgia and how is it diagnosed and treated?

It is also characterized by memory and mood issues, sleep issues, and fatigue. Researchers believe that fibromyalgia “…amplifies painful sensations by affecting the way your brain processes pain signals.” However, no one knows for sure what causes fibromyalgia.

Researchers believe that the following risk factors increase the likelihood of developing fibromyalgia:

Signs and Symptoms of Fibromyalgia

The classic symptoms of fibromyalgia are generalized joint and muscle pain and fatigue. However, other symptoms may include:

These symptoms can make it difficult to diagnose because they are like many other conditions, such as arthritis, bursitis, and tendinitis. Other nonspecific symptoms include:

Unfortunately, there is no single test that can diagnose fibromyalgia. As with many chronic pain conditions, fibromyalgia becomes a diagnosis of exclusion, meaning that other conditions that are easily diagnosed are ruled out first.

Your physician may order lab work and imaging to determine if there are any underlying muscular or joint issues, as well as lupus, thyroid, or chronic inflammation issues. If these conditions are all ruled out, a diagnosis of fibromyalgia becomes more likely.

A tender point is often used to help diagnose fibromyalgia. A tender point, according to PubMed, is “…areas of muscle that are painful to palpation and are characterized by the presence of taut bands and the generation of a referral pattern of pain. Tender points are areas of tenderness occurring in muscle, muscle-tendon junction, bursa, or fat pad. When tender points occur in a widespread manner, they are usually considered characteristic of fibromyalgia.” They occur in a symmetrical pattern.

In 1990, the American College of Rheumatology created diagnosis guidelines that stated that a diagnosis of fibromyalgia required “…a history of widespread pain in all four quadrants of the body for a minimum duration of three months, and pain in at least 11 of the 18 designated tender points when a specified amount of pressure is applied.” This criterion was difficult because practitioners did not know how much pressure to apply, and pain varied day-to-day.

The American College of Rheumatology updated the diagnosis guidelines in 2010; these points are not used but rather widespread pain is evaluated. This pain should be accompanied by other symptoms, such as problems with sleep, “fibro fog”, and fatigue.

Treatment of fibromyalgia is typically multifaceted. This means that a doctor will likely prescribe medications, but they’ll likely also recommend dietary changes as well as exercise – and maybe alternative medicine too!

Unfortunately, there is no cure for fibromyalgia, so attempting to keep symptoms at bay and then treating symptoms is recommended.

Exercise is recommended. Exercising may seem difficult when the entire body is in pain, but regular exercise can improve pain and improve sleep. According to WebMD, exercise increases the body’s production of endorphins, which are thought to be the body’s natural painkillers.

Physical therapy may be ordered if the body becomes very stiff and pain becomes intense. According to WebMD, “…physical therapy helps with ‘new’ muscle memory and neuroendocrine changes in a positive way to help your muscles recover.”

Likely, medications will be prescribed. These drugs all have a multifaceted “approach” to treatment:

Various alternative treatment may be effective in treating symptoms of fibromyalgia:

Krystina is a 30-something RN, BSN, CDE who has worked in a variety of nursing disciplines, from telemetry to allergy/immunotherapy to most recently, diabetes education. She is also a writer and has enjoyed expanding her writing career over the past several years. She balances her careers as a nurse and a writer with being a wife and a mother. She has a four year old son who is an inquisitive, energetic little guy who is up for anything. She also enjoys reading, traveling, cooking, baking, and yoga (both practicing and teaching).