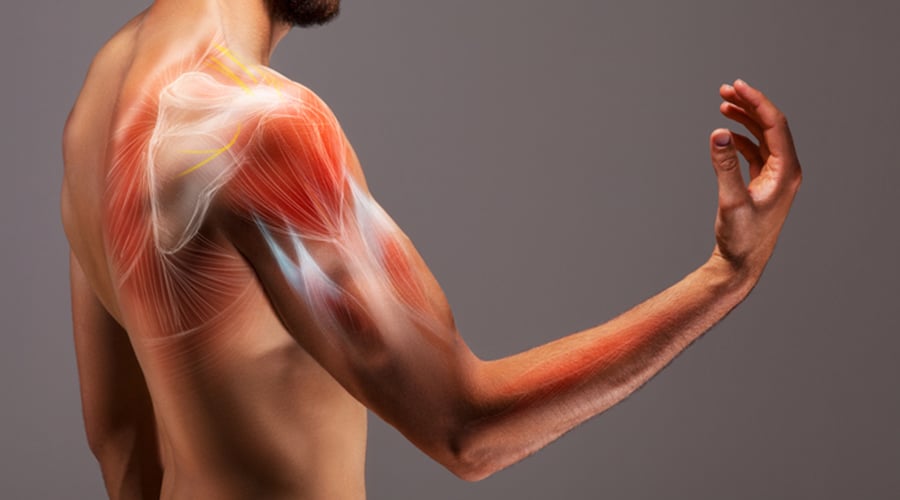 Of course, if spasticity is protective, it is a rather blunt instrument. Spasticity is usually not just the agonists or just the antagonists firing. It is a co-contraction of the flexors, extensors and all combined agonists. In the arm, spasticity is often represented with all joints flexed and the limb held close to the body. Shoulder internal rotation, elbow flexion and wrist and fingers collection is a representation of the relative strength of the flexors over the extensors.

That is, the elbow is flexed not because the triceps are not spastic. Instead, it is flexed because the elbow flexors are so much stronger than the elbow extensors. In the lower-extremity, spasticity is usually representing the relative strength of the plantar flexors, knee extensors and hip internal rotators.

Therapies are first line of defense against spasticity but therapists rarely measure spasticity. Therapists try to evaluate spasticity by judging changes in movement, improvements in ADLs or “getting a feel” for the amount of resistance. But since there is no measurement there’s no way of telling if an intervention is working.

One quick and easy way to measure spasticity is the Modified Ashworth Scale (MAS). The MAS measures resistance during passive soft-tissue stretching. These are the general rules:

Here are the positions usually used for the MAS.

Fingers. Start position: Elbow as straight as possible, forearm neutral. All fingers are done at once. Movement: Extend the patient’s fingers from maximum possible flexion to maximum possible extension.

Hamstrings. Start position: Prone so that ankle falls beyond end of the plinth, hip in neutral rotation. Movement: Extend the patient’s knee from maximum possible flexion to maximum possible extension.

Quadriceps. Start position: Prone so that ankle falls beyond end of the plinth, hip in neutral rotation. Movement: Flex the patient’s knee from maximum possible extension to maximum possible flexion.

The problem with the MAS is both ends of the scale. Technically the MAS is a scale for grading the resistance encountered during PROM. It is not specifically a test of spasticity. A score of “0” does not mean “no tone,” it means normal tone. So there is no score for less than normal tone (flaccid). A score of “4” does not tell you if the rigidity of the joint is due to a high amount of spasticity or contracture.

On the plus side, the Modified Ashworth is a quick an easy measure that can help in taking the guesswork out of efficacy of treatment.

Peter G Levine is the author of Stronger After Stroke, co-author of dozens of brain injury journal articles, and an instructor who does frequent seminars helping clinicians leverage neuroplasticity for neuro patients. He can be contacted at StrongerAfterStroke@yahoo.com.