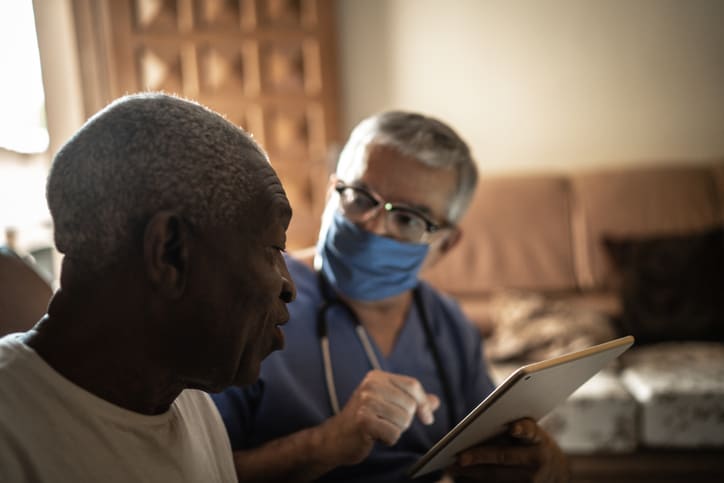 The Academy of Medical-Surgical Nurses (AMSN) has launched an initiative to help fight racism and inequity in American healthcare. An 81-year-old certified nursing assistant has been honored for having perfect work attendance in 2020. A nursing podcast examines hot topics in healthcare, including mental health, women’s health, social justice, and women’s rights. Read on for more nursing news and insights.

AMSN launches initiative to fight racism and inequity in healthcare

The Academy of Medical-Surgical Nurses (AMSN) has launched an initiative to provide education and awareness to nurses and healthcare professionals across the industry in response to what the organization identifies as a need to fight racism and inequity in America’s healthcare system.

The program—identified as AMSN’s Diversity, Equity, and Inclusivity (DEI) Initiative—is taking a multi-faceted approach. Projects include a DEI nursing certificate course as well as broad communication efforts to boost understanding and encourage self-examination of both individuals and organizations, according to a press release recently distributed by the AMSN.

“The goal of the program is to open conversations and drive change,” said Terri Hinkley, EdD, MBA, BScN, RN, CAE, chief executive officer of the AMSN.

AMSN believes that DEI is a competency for nurses, said Hinkley. In a recent survey of its members, 75% of respondents noted they wanted to increase their understanding of DEI issues. Additionally, 46% of respondents said they had been harassed or discriminated against because of their race, class, gender, age, religion, culture, sexuality, or ability. Another 63% reported they have witnessed these actions.

Get all your Nursing CE plus professional development in one place—at a fraction of the cost—with the Elite Nursing Passport.

A steering committee has reportedly been appointed to guide AMSN’s DEI consultants, staff, and volunteers. The committee is comprised of a diverse group of professionals with expertise in such areas as gender and diversity research, personality assessment, human resources, cultural transformation, progressive leadership, and social justice. The committee is expected to begin work in April, and the rollout of projects will span 18-24 months, with all efforts ongoing, AMSN officials said.

In addition to its outward focus on broader health care practices, Hinkley said AMSN will also look within and do a comprehensive assessment of the organization’s own processes to ensure diversity and inclusivity. “We want to focus on unpacking and educating people on the challenges we’ve encountered ourselves, as well as any unconscious barriers we have as an organization,” Hinkley said.

In addition to the steering committee, AMSN is assembling a DEI volunteer task force of AMSN members for the campaign. The task force will be a diverse group of nurses who will be charged with initiating conversations among members through AMSN’s communications platforms. The task force will also develop member awareness tools, create a position statement, and help AMSN change any areas of bias or discrimination within the association.

An AMSN member survey showed that 93% of respondents said they felt it was important that their national nursing association take action on DEI for their members.

Tatiana Yopp, an 81-year-old certified nursing assistant who works in North Carolina, has been recognized by her facility and the local media for not missing any work shifts during 2020 despite the pandemic. Known simply as “Grandma” among her colleagues, Yopp was recently profiled by KCRA TV and was surprised with a plaque honoring her work by her employer.

Hosted by Amie Varley, RN, BN, MN-CP, and Sara Fung, RN, BN, MN, IBCLC, CAPM, The Gritty Nurse podcast examines hot topics related to healthcare, including mental health and women’s health, as well as social justice and women’s rights. The show is meant to be a platform for empowerment and shared experiences, where voices that have been silenced, underrepresented, and marginalized are more represented so that others can share their stories of hope, change, and inspiration.

Recent episodes include “Parenting, Paediatrics, and Palliative Care,” “Alliances, Advocacy, and Activism,” and “How Healthcare Can Be Deadly.”

For more nursing news, insights, and other healthcare resources, visit our Resource Center. Need Nursing CE courses? Find individual CE courses in your state, or save time and money by investing in an Elite Nursing Passport Membership.