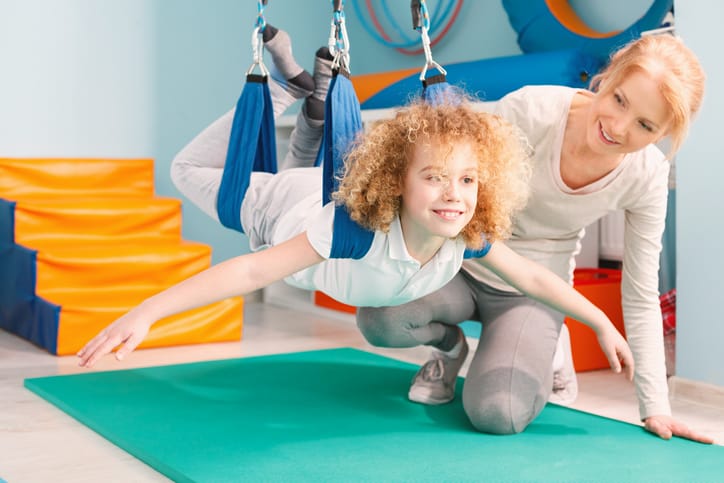 Although this multisensory integration begins subcortically, with single neurons integrating responses to multiple sensory inputs, there is also cortical involvement. In adult cats, it has been shown that deactivation of a region of the association cortex (anterio ecto sylvian sulcus or AES) eliminates the multisensory capacity in a majority of superior colliculus neurons, but does not inhibit the unimodal responses of these neurons.  Once this occurs, these multisensory neurons look very much like they did in their neonate phase: they are responsive to stimuli from different modalities, but cannot synthesize the different inputs simultaneously (Wallace, Stein, 1997).

Referring back to the experiment in which the kittens were allowed to see, but not interact with the objects in their environment, at the neuronal level they were not able to simultaneously receive the visual and somatosensory experience of the objects in their environment.  Thus, they could not send multisensory input to higher cortical areas. In the experiment with the adult cats, the AES itself was deactivated causing the multisensory neurons to regress back to their neonate phase and not be able to synthesize multiple inputs. Perhaps the kittens never formed mature multisensory neurons and could not send integrated signals to the AES.  Thus, the AES had no integrated perceptual information to create a coherent representation of reality: leaving the kittens without the tactile and proprioceptive input from interactions with those objects, the mere visual image of the object held no functional meaning for them. They had no functional ability to navigate their world.

Many children on the autistic spectrum are not able to make sense out of the meaningless blobs, colors, sounds, textures, smells and tastes that bombard their senses every moment of every day.  Since their brains are not able to assemble an accurate picture of the physical world, they do not experience the same reality we do. This is elegantly portrayed in a book by Temple Grandin, Ph.D., (2006), an accomplished animal scientist and a woman with autism. She has written a book called Thinking in Pictures: And other Reports from My Life with Autism. In it she describes her own sensory and perceptual experiences with autism and those of others:

“I always hated to be hugged…but it was just too overwhelming. It was like a great all-engulfing tidal wave of stimulation…but some people with autism have severe body boundary problems. If they cannot see their legs, then they do not know where they are.”

“Donna Williams describes a fractured perception of her body in which she could perceive only one part at a time…Donna tapped rhythmically and sometimes slapped herself to determine where her body boundaries were. When her senses became overloaded with painful stimuli she bit herself, not knowing she was biting her own hand” (Bogdashina, 2003).

“Minor noises that most people can tune out drove me to distraction. When I was in college, my roommate’s hair dryer sounded like a jet plane” (Grandin, 2006).

“If a pager goes off while I am giving a lecture, it fully captures my attention and I completely forget what I was talking about” (Grandin, 2006).

“One autistic person reported that looking at other people’s eyes was difficult because the eyes did not stay still” (Grandin, 2006).

“When I look someone straight in the eye, particularly someone I am not familiar with…I feel as if their eyes are burning me and I really feel as if I am looking into the face of an alien” (Jackson, 2002).

“It (eye contact) was not quite like a broken bone or a burn but it can only be described as pain” (Nony 1993).

“I actually hear you better when I’m not looking at you…eye contact is …uncomfortable…people will never understand the battle I have gone through to be able to do this” (Lawson 1998).

Some individuals with autism describe the perceptual phenomenon of only being able to process one sensory channel at a time. Their vision might be so acute as to focus on every minute detail, but will lose conscious awareness of any information coming through other senses. So the child may see, but then will not hear, or feel.

Donna Williams reports as she would touch a piece of furniture, she would feel the texture of the wood, but would have no sense of her own hand. She could switch sensory channels to feel her hand, but would lose the sensation of what she was touching. Without being able to process her own body sensation in relation to textures, it was as though either she did not exist and other things did, or she existed and they did not. She was either in a constant state of jolting perceptual shifts, or remaining in one sensory channel or another (Bogdashina, 2003).

We neurotypical people do not have to keep processing the same sensory information over and over again to perceive the basic objects in our world. Each time we come to a flat vertical surface with a handle we know it is a door. No matter what the color, no matter what type of handle, no matter what it feels like, no matter how much force we use to move it, no matter how the light may reflect off of it; because we can process all these sensory inputs simultaneously, we can perceive the entirety of the door. For someone who can only process one channel at a time or even two, how long will it take them to process all of those separate sensory inputs? Will it take 10 minutes, 20 minutes, 3 hours , 3 days, 3 weeks, to identify a door? How long does it take a person with autism to put together a coherent perception of an object or experience?

Some children with autism shut down some or all sensory channels when they become too overloaded.  Some shutdowns are temporary, so that whatever channels remain open can actually process information. There are also total shutdowns: “tuneouts” or “whiteouts” in which the brain does not process any information. It can be described as seeing “snow,” like when a TV is tuned to a vacant TV channel (Bogdashina, 2003).

As Donna Williams and others living with autism report, many of them can only perceive one, two or three sensory modalities at a time, giving them a very different perceptual experience of the physical world. The research findings from the experiments with the cats indicate a possible neural mechanism for the inability of individuals with autism to process multiple sensory inputs. For example, is it possible the multisensory neurons in the superior colliculi of children with autism are still in the neonate phase (as were the adult cats with deactivation of their AES)? Do autistic children have inactive areas of their cortex that would normally process the multisensory inputs from their superior colliculi?

Whenever I read firsthand accounts of how people with autism perceive the world, I always think if that was the way my nervous system perceived the world I could not function. I think understanding this is key to understanding the neural dysfunctions related to autism. With the frightening increase in the incidence of autism, it is incumbent on those of us working with children with autism to understand as much as our neurotypical bodies can about what it might be like, how our bodies and nervous systems would perform, if we processed sensory information like someone with autism.