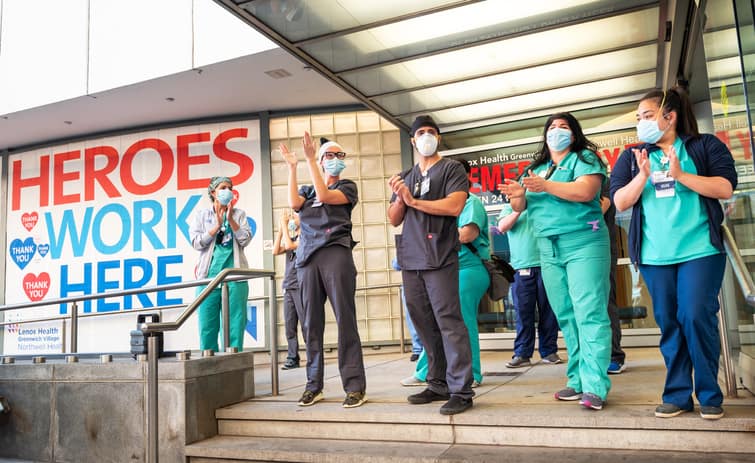 New nurse-led study assesses screeners for determining the impact of traumatic injury on urban Black men in the United States. The AACN recognizes nearly 200 hospital units across the country for earning the Beacon Award for Excellence in 2021. UNMC’s College of Nursing, Omaha, receives a $2.2 million grant to develop nursing resources across Nebraska. The ANA and the American Nurses Foundation announce the winners of the 2022 ANA Innovation Awards. Read on for this week’s nursing news.

Reportedly the first of its kind, a new nurse-led study is attempting to assess the performance of two predictive screeners for determining the impact of traumatic injury on urban Black men in the United States.

Conducted by the nursing school at the University of Pennsylvania in Philadelphia and the Penn Injury Science Center, the study will utilize Penn’s Richmond Screener and the Posttraumatic Adjustment Scale (PAS) to validate predicting the future emergence of depression and/or post-traumatic stress disorder in this patient population.

Findings could indicate that risk markers for adverse psychological consequences of traumatic injury share core similarities of the impact of trauma across populations and countries, according to a recent report.

Therese S. Richmond, PhD, RN, FAAN, the study’s lead investigator, believes the study will also help providers to better predict who needs specific follow up as a result of trauma experienced. “The results provide additional support for our ability to identify, during the course of acute trauma care, those patients at highest risk for poor mental health outcomes,” said Richmond, the Andrea B. Laporte Professor of Nursing and associate dean for research and innovation at Penn Nursing, in a prepared statement. “This allows trauma programs to target those patients most likely to benefit from follow-up assessments for the emergence of these disorders and to target potentially limited resources appropriately.”

An abstract of the study can be found online.

Nearly 200 hospital units across the United States are being recognized by the American Association of Critical-Care Nurses (AACN) for earning the Beacon Award for Excellence in 2021.

The award, which has been given to 126 hospitals among the 188 award-winning units (see full list here), lauds evidence-based practices that improve patient and family outcomes.

The honor, introduced in 2003, provides gold, silver, and bronze levels of recognition to those hospital units that exemplify excellence in professional practice, patient care, and outcomes, according to AACN officials. Recognition is for a three-year term.

“Meaningful recognition takes on even greater relevance and importance as we continue to meet the challenges of the COVID-19 pandemic,” said Beth Wathen, MSN, RN, CCRN-K, president of the AACN, in a prepared statement. “Being recognized as a Beacon unit underscores these teams’ ongoing commitment to providing safe, patient-centered, and evidence-based care to patients and families. This achievement is a tremendous honor to those who have worked so hard to achieve excellence in patient care and positive patient outcomes.”

The medical intensive care unit at ChristianaCare, Newark, DE, became the first unit in the U.S. to renew its award for a fifth consecutive three-year cycle, earning gold-level recognition in 2021.

A total of 34 hospitals have had multiple units honored with an award in 2021. Memorial Hermann Hospital Houston, TX, had the most units earn Beacon awards, with six units recognized with silver-level awards. The most awardees for any state are located in New York, where 25 units within 13 hospitals have attained Beacon status in 2021.

University of Nebraska Medical Center’s (UNMC’s) College of Nursing, Omaha, has received a $2.2 million grant to work with partners across the state to develop and deploy resources to promote resiliency and mental health in nurses and employers in rural and medically underserved areas.

According to university officials, the intent of the 3-year grant is to foster healthy workplace environments that promote mental health and resiliency by helping to manage stressful situations and hardships while avoiding burnout, suicide, and substance use disorders. The grant is funded through the U.S. Department of Health and Human Services’ Health Resources and Services, and is part of an estimated $103 million in American Rescue Plan funding over a three-year period to reduce burnout and promote mental health among the healthcare workforce.

The grant will also reportedly embed wellness interventions into the UNMC nursing curriculum, create and evaluate “train-the-trainer” models, and provide free continuing education to practicing nurses and employers across Nebraska.

The team led by Alyson Hanish, PhD, assistant professor at the UNMC College of Nursing, will adapt and deliver evidence-based wellness interventions and provide subsequent resources into rural and medically underserved areas in nursing, including critical access hospitals across the state. Dr. Hanish will also facilitate partnerships with the Nebraska Board of Nursing, the Nebraska Center for Nursing, and the Nebraska Hospital Association.

“We’re in a complicated environment right now,” Hanish said in a prepared statement. “The pandemic has exacerbated the nursing shortage. We know burnout is increasing and about 25-30% of new nurses quit in their first year. When I saw a call for grant proposals, I had a gut reaction that I needed to do something. It’s an ongoing issue and it’s going to take a large investment at a systems level. The health of nurses has to be a priority.”

Related CE course: Stress, Burnout, and Self-Care in the Face of COVID-19

The American Nurses Association (ANA) and the American Nurses Foundation have announced the winners of the 2022 ANA Innovation Awards. The awards highlight, recognize, and celebrate exemplary nurse-led innovations that improve patient safety and health outcomes.

The award recipients will receive monetary prizes of up to $50,000 to support translational research, development, prototyping, production, testing, and the implementation of these innovations.

More information on the awards and the winners can be found online.