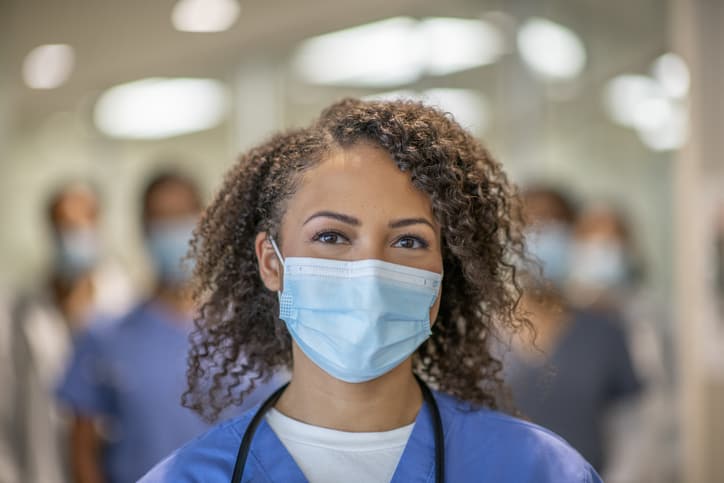 After over 100 years, the School of Nursing at Yale University will soon gain independence from the School of Medicine. Three nurses were recently appointed as new members to the National Advisory Council for Nursing Research (NACNR). A two-year fellowship program is being launched collaboratively by the American Academy of Nursing (AAN) and the National Academy of Medicine (NAM). Read on for this week’s nursing news.

The School of Nursing at Yale University will soon be managed on its own after more than 100 years of operating within the financial and administrative confines of the School of Medicine.

Following a reported $250 million in endowment funds, the nursing school, as well as the university’s School of Medicine and the School of Public Health, will receive $50 million to support its financial aid and educational initiatives. The announcement comes after community members with the School of Public Health advocated for structural and financial independence from the medical school.

“We are creating endowment funds totaling $250 million to support medicine, nursing, and public health in ways that recognize the critical importance of these fields and the critical moment for Yale to do even more in terms of educating the next generation of leaders in these fields,” said Peter Salovey, university president, told the Yale Daily News. “We hope that would attract potential applicants, potential faculty, and potential philanthropic interests.”

According to the report, the transition will occur over the next 12-18 months. The $50 million endowment fund provided to each school will support future teaching, research, and practice needs. The three schools have also announced a commitment to providing increased financial aid support for students, addressing the shortage of health professionals, and the need for increased diversity.

According to Salovey, the school’s 2021 endowment returns and ongoing capital campaign made the funding possible. Yale’s endowment reportedly reached $42.3 billion during the 2021 fiscal year, with a 40.2 percent rate of return.

Officials also highlighted efforts within the School of Nursing to maintain a nursing workforce that “reflects the populations” they serve.

Three nurses are among the five recently-appointed new members to the National Advisory Council for Nursing Research (NACNR) of the National Institute of Nursing Research (NINR). Members of the council are drawn from the scientific and lay communities, embodying a diverse perspective from the fields of nursing, public and health policy, law, and economics.

Lee is a professor and the associate dean for research at the Boston College William F. Connell School of Nursing. As a cardiovascular nurse scientist, Lee has dedicated his career to better understanding heart disease and improving long-term outcomes for patients and their families.

Lee has been recognized as a leader in nursing science by the Heart Failure Society of America, the Friends of the National Institute of Nursing Research, and the NINR.

Munro is dean and professor of the University of Miami School of Nursing and Health Studies, the co-editor in chief of the American Journal of Critical Care, and a board-certified adult nurse practitioner. Her extensive research on the relationship between oral health and systemic disease helped create new standards of care aimed at reducing pneumonia and other complications in ventilated intensive care patients.

Provencio-Vasquez is a dean and professor at the University of Colorado College of Nursing. Over the past 35 years, he has been a clinician, educator, administrator, and researcher. Provencio-Vasquez is well known nationally and internationally for his work with “at risk women” and their families. He is an experienced neonatal and pediatric nurse practitioner. His background and expertise is in primary care and developmental assessments of HIV and drug/alcohol exposed infants, children, and adolescents.

Provencio-Vasquez is a pioneer in creating innovative nursing approaches (home intervention) for mothers with substance use disorders and their children. He has published and presented in numerous nursing, community, and interdisciplinary forums.

NINR, a component of the NIH, is the primary federal agency for the support of nursing research.

A two-year fellowship program is being launched collaboratively by the American Academy of Nursing (AAN) and the National Academy of Medicine (NAM). The fellowship program is meant to provide talented scholars in nursing with the opportunity to experience and participate in evidence-based public health studies that improve the care and access to care of patients in domestic and global healthcare systems.

The program is designed exclusively for AAN fellows to maintain their current position while serving on a designated board at NAM, which will further facilitate the dissemination of nursing knowledge and expertise in key discussions that impact health policy at the national level, according to officials.

Fellows will reportedly be immersed in a unique learning environment and paired with elected mentors. Fellows will also be awarded a flexible research grant of $25,000 for the two-year period, which will be paid to one’s home institution to help advance the individual’s professional development.

Calls for nominations are expected to occur during the month of March.