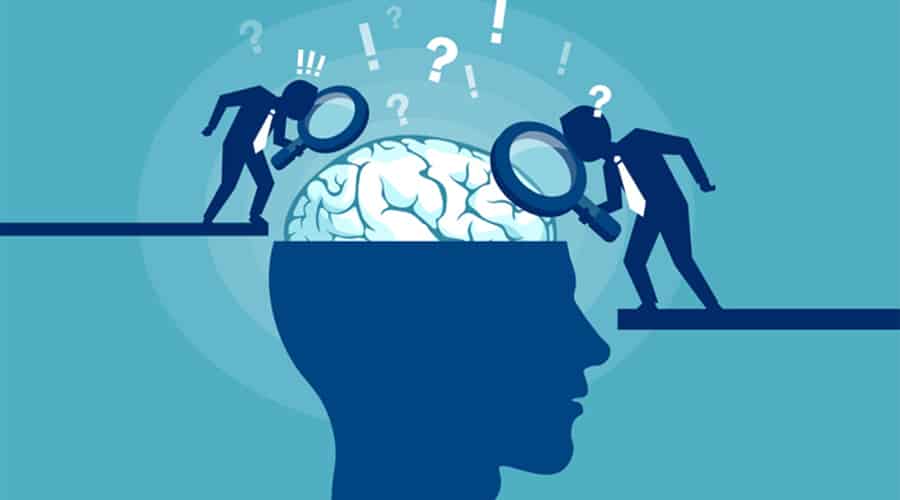 Theme: We don’t have to think we are scared, for our bodies to act scared.

Our nervous system is constantly taking in sensory information from both the external environment and internally from inside of our bodies.  By processing this information our nervous system continually evaluates risk. Dr. Porges’ is a professor of psychiatry and the director of the Brain-Body Center at the University of Illinois at Chicago and served on the NIH Child Health and Human Development Counsel.  He has coined the term neuroception to describe how neural circuits distinguish whether situations or people are safe, dangerous or life-threatening, “Because of our heritage as a species, neuroception takes place in the primitive parts of the brain, without our conscious awareness” (Porges, 2011, p. 11).  The detection of a person as safe or dangerous, an environment as safe or dangerous, or even the internal state of our body as safe or dangerous triggers neurobiologically determined prosocial or defensive behaviors.

According to Dr. Porges, even though we may not be aware of danger on a cognitive level, on a neurophysiological level our body has already started a sequence of neural processes that can lead to fight/flight/freeze (p. 11).  Porges explains when our nervous system detects threat, our metabolic demands adjust: for example, during fight/flight our heart rate and cortisol levels increase, blood vessels constrict which raises blood pressure, digestion is inhibited.  During freeze/shutdown/feigning death our blood pressure and heart rate drop, muscle tone becomes lax and fainting and apnea can occur (Porges, 2004, p. 20).

Most of us are familiar with the experience the autonomic nervous systems’ state of mobilization or fight/flight.  It is so familiar that the term fight/flight has entered the vernacular. Many of us however, do not have the same experience with the defensive strategy of immobilization.  This is the freeze response or shutdown, and in mammals, when they feign death to escape from a predator. Dr. Porges explains immobilization (freeze/shutdown) is one of our species most ancient mechanisms of defense.  During immobilization our metabolism slows down, our heart rate and breathing slow and our blood pressure drops and we have weak muscle tone (Porges, 2011, p. 14).

Dr. Porges however makes a distinction between immobilization with fear and immobilization which serves a social function: “But in addition to freezing defensively, mammals immobilize themselves for essential prosocial activities, including conception, childbirth, nursing and the establishment of social bonds” (Porges, 2011, p. 14).  Over the course of evolution neural circuits in the brain that were originally involved in freezing behaviors were modified to serve intimate social needs. These brain structures then grew receptors for a neuropeptide called oxytocin. Referred to as “the peptide that bonds” oxytocin plays a large role in social bonding and social behavior across a wide range of species (Cozolino, 2014, p. 121).   Is has also found to be generated and released in the amydala and the heart; impacting both anxiety and romantic relationships (p. 121). Touch, enjoyable pressure and warmth of another all lead to increased levels of oxytocin, which results in decreased blood pressure and a state of mild sedation…at least in rats (p. 123). Oxytocin is released during childbirth and nursing, and any activity which strengthens social bonds (Porges, 2011, p. 14).

Again and again in his writing, Dr. Porges stresses our ability to form bonds and be social with each other is dependent on our ability to neurologically inhibit our defensive reactions.  Dr. Porges writes, “To switch effectively from defensive to social engagement strategies, the nervous system must do two things: (1) assess risk, and (2) if the environment looks safe, inhibit the primitive defensive reactions to fight, flee, or freeze” (Porges, 2011, p. 12).  Dr. Porges writes, “Only in a safe environment is it adaptive and appropriate to simultaneously inhibit defense systems and exhibit positive social engagement behavior” (p. 13). Dr. Porges stresses that the defensive reactions must be actively inhibited for any social bonding to occur.

How does the nervous system know when the environment or the people in it, are safe, dangerous or life-threatening?  What neural mechanisms evaluate risk in the environment? Specific areas of the brain detect and evaluate features such as body and facial expressions and vocalizations all contribute to an impression of safety or trustworthiness.  There is an area in the temporal lobe that identifies the intensions of others based on “biological movements” of the face and limbs (Porges, 2011, p. 13). We know from our previous talk that the ACC also register facial expressions and eye gaze and reads aspects of nonverbal communication that reveal the state of another person’s mind.  The ACC can also motivate internal actions via the autonomic nervous system back through the hypothalamus, brain stem and the to the internal organs, heart racing, breathing changes, flushing, sweating (Colletti, 2019, p. 5). The orbital frontal cortex also has nerve cells that respond specifically to facial expression and eye gaze. It works in concert with the ACC to regulate whether to approach (positive) or withdraw (negative) (p. 6).  And, there is a direct projection from the thalamus to the amygdala which bypasses conscious processing and allows for immediate reactions to fearful stimuli (p. 4). Our nervous systems seem to have through redundancy for risk assessment.

Neurologically, to develop social bonds our autonomic nervous system must actively inhibit our more primitive defensive systems.  But, according to Dr. Porges, it is not enough to just inhibit our defensive systems, although that is a necessary condition to developing social bonds.  People must be physically close enough to one another to read each others’ facial expressions. The muscles of facial expression, of gesturing with our heads, of our vocal intonation, of our eye gaze and that permit us to distinguish human voices from background sounds are all controlled by neural pathways that link the cortex to the brainstem.  This neurological pathway is called the corticobulbar pathway. The neural pathways from the cortex to these nerves are “myelinated sufficiently at birth to allow the infant to signal a caregiver by vocalizing or grimacing and to engage the social and nutrient aspects of the world by gazing, smiling, and suckling (Porges, 2011, p. 15).

But wait you say, I thought the brainstem was about keeping us alive, keeping our heart beating and our diaphragm breathing?  Well, yes, it certainly does that, but it is also where the cranial nerves that control the muscles of communication have their origin.  The nuclei of cranial nerves: V, VII, IX, X, XI, all originate in the brain stem. The trigeminal nerve (V) both brings facial sensation to the brain and also controls moving the mouth.  The facial nerve (VII) receives taste and controls facial muscles. The glossopharyngeal (IX) receives sensation from the throat and controls muscles for speech. The vagus nerves (X) innervates all the organs of the viscera.  The spinal accessory nerve (XI) carries motor impulses to neck muscles (Breedlove & Watson, 2013, p. 35).

The neural regulation of the muscles of the face and head influence how someone perceives the social overtures of another and allows us to: make eye contact, vocalize with an appealing inflection and rhythm, display contingent facial expressions, and modulate the middle- ear muscles to distinguish the human voice from background sounds more efficiently (Porges, 2011, p. 15).  And if you think about it, if a baby cannot communicate with its vocalizations or facial expressions that it is hungry and needs to eat, or needs a diaper change, or needs comfort from his mom, that baby’s survival will be compromised. And indeed, if the baby, or any one of us experiences a neuroception of danger (either from the external or internal environment), the tone of these muscles is reduced thus: eyelids droop, the voice loses inflection, positive facial expressions dwindle, awareness of the sound of the human voice becomes less acute, and sensitivity to other’s social engagement behaviors decreases (p. 15).  And for any clinicians working with children with autism, I hope you recognize as did Dr. Porges, as a cluster these deficits are common features of children with severe autism (2012, p. 2).

Through the course of evolutionary history, mammals–especially primates—have evolved brain structures which regulate both social and defensive behaviors.  As the vertebrate system grew more complex its affective and behavioral repertoire expanded. Evolution has provided humans with the ability to express emotions, communicate, and regulate bodily and behavioral states (Porges, 2011, p. 16).  The polyvagal theory describes three stages in the development of the mammalian autonomic nervous system. Each of the three major adaptive behavioral strategies is supported by a distinct neural circuit involving the autonomic nervous system.  From most primitive to most evolved:

Immobilization: feigning death/behavioral shutdown: It is dependent on the oldest branch of the vagus nerve.  This is an unmylinated portion originating in the dorsal motor nucleus of the vagus nerve that originates in the brain stem.  It is the most primitive component of the Polyvagal Theory and is shared with most vertebrates (Porges, 2011, p. 16).

Mobilization: fight/flight: This neural circuit is dependent on the functioning of the sympathetic nervous system.  It is associated with increased metabolic activity which increases cardiac output (faster heart rate, greater ability of the heart to contract) (Porges, 2011, p. 16).

Social communication or social engagement: This is dependent on the mylinated vagus, which originates in the nucleus ambiguus in the brain stem.  The mylinated vagus fosters calm behavioral states by inhibiting the influence of the sympathetic nervous system on the heart.  This is the physiological state in which we can access cortical control of facial expression, vocalization and listening (Porges, 2011, p. 16).

At the University of Chicago, Dr. Porges has been developing a model that links the neural social engagement circuits to attachment and the formation of social bonds through a five step process:

I invite any clinician who works with children with autism to begin looking at them through the lens of the polyvagal system.  If you have ever worked with children who are severely autistic, who are self-absorbed and performing self-stimulating behaviors, can you see these children as caught in a neuroception of immobilization?  For the hyperactive children who are in constant motion, can you begin to see them in a state of flight; in sympathetic mobilization? For the aggressive/defensive children, can you see them in fight; in sympathetic mobilization?  Just because the classroom or our clinics do not appear threatening to us, it doesn’t mean the neuroceptive circuits our children with autism will agree. It may be too loud, too bright, or too busy. Or, they may be experiencing physiologic distress.  As an occupational therapist I always think in terms of regulation. How can I facilitate the regulation of this child? And now I know, the more I can help him into a greater state of regulation, the more I can help him get closer to activating his social engagement circuits.

Colletti, M., (2019).  “The Creation of Emotion: The Journey from Interoception to Embodied

Cozolino, L., (2014).  The Neuroscience of Human Relationships: Attachment and 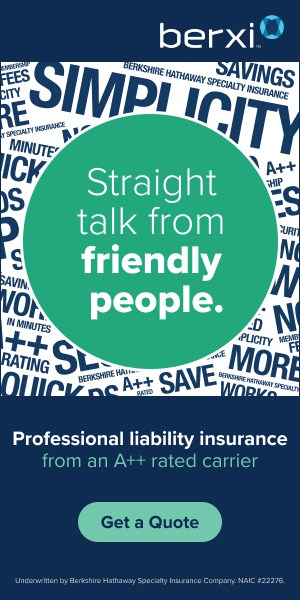