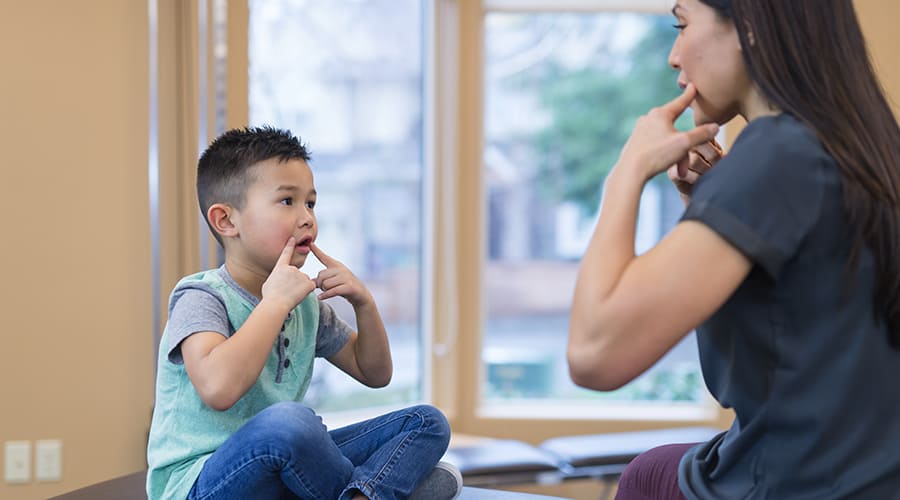 One-quarter of U.S. parents of children ages 0–8 have had concerns about their child’s ability to communicate, according to poll results released by the American Speech-Language-Hearing Association (ASHA) for National Better Hearing & Speech Month.

Parents who were polled overwhelmingly agree that speech, language, and hearing developmental milestones are among the most important in life.

The poll was taken by talking with more than 1,100 parents. Most common among parents were concerned about speech development, followed by language concerns and then hearing-related worries.

Besides parents’ concerns about their children’s ability to communicate, the poll revealed the actions that parents took. 73 percent of all parents who had concerns sought treatment, with 8 in 10 of those reporting that they perceived “a great deal” or “a good amount” of improvement after treatment.

The poll is the latest activity of ASHA’s Identify the Signs campaign, which educates the public about the warning signs of communication disorders. It marks the first time the campaign has done such comprehensive polling among the general population of parents.

“While it is encouraging that parents across the board reported that they often seek help from our professionals and see their children’s communication health improve significantly with treatment, the polling also found that more than one-quarter of parents with concerns hadn’t sought treatment. This is far too many when it comes to communication health, something parents themselves strongly agreed is important to their children’s well-being. Since communication disorders are highly treatable, this is an especially unfortunate missed opportunity for those children.”