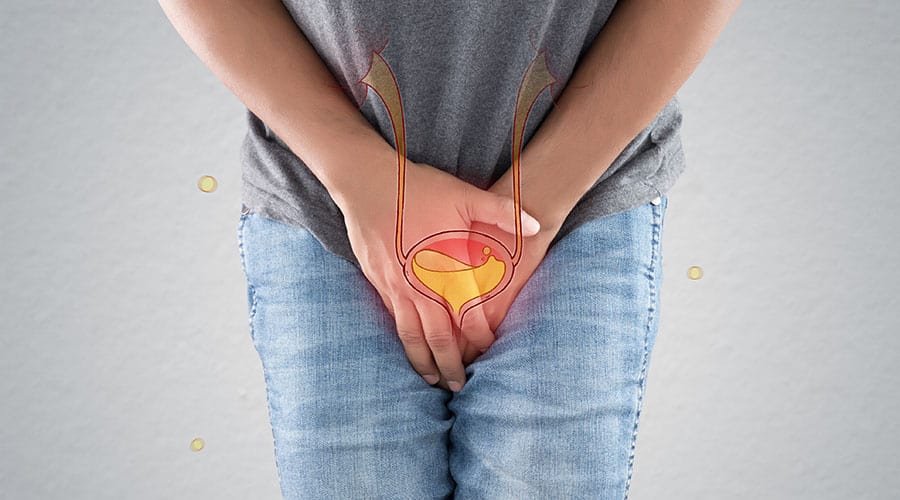 Over 25 million adult Americans are suffering from urinary incontinence

According to the National Association for Incontinence, over 25 million adult Americans are suffering from urinary incontinence. On average, people wait 6.5 years from the first time they experience symptoms to getting treatment. Throughout the over 23 years of working with people with this problem, I noticed common mistakes that lead to worsening of the problem. Below are the top 5 biggest mistakes many people with incontinence make.

1. Ignoring Bladder Irritants – Incontinence can be impacted by the things we eat and drink. While many people know that coffee, tea, and alcohol impact the bladder they ignore other foods and drinks that have the potential to do the same. For instance, many people are surprised that cranberry juice, orange juice, yogurt, and many fruits can make incontinence symptoms worse.

2. Reducing Fluid Intake – It’s no surprise that too many drinks can be a problem for people with incontinence. However, you can’t solve incontinence by severely cutting back on fluids. This can lead to dehydration, constipation, and kidney stones, which can actually irritate your bladder and make symptoms worse. It is important to get the correct amount, which is approximately 64 oz per day (stopping liquids 2 hours before you go to bed).

3. Doing The Wrong Exercises – Kegels are the most recognized exercise for the pelvic floor. In 1948 Dr Kegel introduced this concept. While this was a great start, it has been found that there are some downsides. Many people do not realize that they have a tight or overactive pelvic floor. This will cause accidents/incontinence. Attempting to strengthen this issue with “Kegels” makes the problem worse and can lead to pelvic pain and increased incontinence. Also, the pelvic floor muscle group needs to be exposed to many other variations of exercise. By performing just “Kegels” it is unlikely that the problem will resolve.

4. Doing Exercise Incorrectly – Pelvic floor muscles are tough to train. It is difficult to see them or know if you are correctly engaging them. Many people think that they are using the correct muscles, but later find out in Physical Therapy that they have been doing them wrong. In fact, studies show that 50% to 80% of all people attempting to perform these exercises are doing them incorrectly. Correct pelvic floor muscle exercises, such as Kegels, do not involve using the abdomen, buttocks or thighs. Incorrectly performing exercises is ineffective and can actually be harmful and make incontinence worse.

5. Doing nothing – Many people ignore the beginning stages of incontinence. Often, they are too embarrassed to tell anyone (even their doctor). Some people think it will go away on its own, or that it’s only a “few small accidents”. Others think it’s a normal part of aging or having a baby. This is by far the worst mistake you can make. Incontinence is easiest to treat in its beginning stages. By addressing it early you are reducing the chances of it becoming worse or requiring more invasive treatment down the road.

Interventions involving the use of behavioral programs are among the least invasive approaches to address urinary incontinence and have no adverse complications.1 After being checked by a medical professional for underlying disease processes that may be the cause of your incontinence issues, start with these five easy conservative treatments to return to continence.