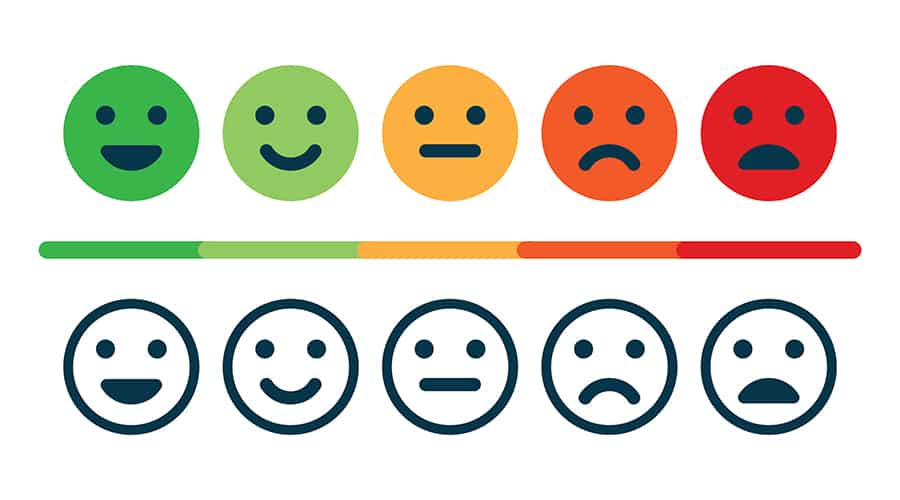 Theme: Our emotions arise from the raw sensory input of our interoceptive sensory system.

The overarching Western paradigm about the body/mind relationship which suggests our bodies have no influence on our minds could not be further from the truth when it comes to our emotions.  As we will see, our physical bodies and our emotions are inextricably intertwined: as it turns out, our emotions arise from the raw sensory input of our interoceptive sensory system.

Interoception is the body’s ability to receive sense information from receptors that respond to internal body states and then use that information to help regulate all of the functional systems of the body (Fogel, 2009, p 50).  These receptors are found in all soft tissue areas of the body: the muscles, joints, teeth, bones, circulatory system, skin, and viscera (p 45-46). Most interoceptive sensory information travels to the spinal cord, brain stem and finally the cortex.

The neurophysiological journey of the raw sensory data from our innards to the conscious awareness of our emotions is a fascinating one.  This raw data must go through many transformations within the nervous system before we become consciously aware of our emotions. Alan Fogel, in, The Psychophysiology of Self-Awareness: Rediscovering the Lost Art of Body Sense, takes the reader in great detail through all the levels of transformation.

Fogel defines interoception as “the ability to feel one’s own body states and emotions” (2009, p. 39).  But interoception is so fundamental that we rarely have any conscious awareness

of its functioning.  We do not usually consciously monitor our muscle contractions as we are walking down the street, yet the quality of this walking will change if we are late to catch a train in a busy station, or if we are walking on a steep and rocky hiking trail.  As Fogel explains, most of the monitoring of this movement takes few of our attentional resources. Yet at any moment, we can deliberately focus our attention on these movements, “to take special care not to trip or fall, not to bump into someone, not to get too tired or even to enjoy the feeling of exertion and accomplishment” (p. 40).

Interoception is a vital neurological function that supports our homeostatic state.  Homeostasis is, “a state of mental and physical health in which our cells are sufficiently nourished to maintain normal metabolism to preserve and grow body function” (Fogel, 2009, p 14).  Homeostasis can also be thought of as a dynamic state of balance, all parts and systems of the body running together harmoniously (Norman, 1988, p. 5).

Interception begins at the periphery with ergoreceptors, internal sense receptors which convert different forms of chemical and physical stimulation into neural signals for transmission to the spinal cord and brain.  Muscles have receptors for stretching (mechanoreceptors) and fatigue (chemoreceptors). The circulatory system has ergoreceptors for pressure (baroreceptors and blood nutrients (metaboreceptors). The skin has receptors for movement at the base of hair follicles (mechanoreceptors), for pressure on the skin (mechanoreceptors), for vibration (vibroreceptors) for heat and cold (thermoreceptors), and for pain (nociceptors). The interoceptive sensory data travels in nerve fibers as a bundle up to the brain and converges in the most superficial layer of the gray matter at the back of the spinal cord, each different type of sensation retaining its separate characteristic (Fogel, 2009, p. 45).   The internal organs of the viscera also have their ergoreceptors which send information regarding the state of the internal organs and viscera via the 10th cranial nerve called the vagus nerve. The vagus nerve brings sensory information from the internal organs directly to the brainstem to an area called the nucleus tractus solitarius. From here it is projected to other brainstem areas, including the reticular formation which impacts arousal levels and consciousness. There are also projections from the nucleus tractus solitarius directly to the cortex (Porges, 2003, p. 505). The interoceptive sensory information that travels up the spinal column moves onto the homeostatic regions of the brain stem which monitor heart rate, blood flow, respiration, digestion.  These brain stem centers can send impulses to the various organs to alter body systems to maintain an optimum status of our physiology (Fogel, 2009, p. 50).

Stage 2: Non-Conscious Emotion, the Limbic System and the Insula

The bundle of interoceptive nerve fibers from the spinal cord leave the homeostatic areas of the brain stem and connect to the central part of the brain called the limbic system.  Their first stop in the limbic system is the hypothalamus and thalamus where it is also mixed with the sensory information from the internal organs (Fogel, 2009, p. 53). The hypothalamus is packed with nuclei involved in many vital functions: hunger, thirst, temperature regulation, sex, circadian rhythms, sleep (Breedlove and Watson, 2013, p. 45).  The hypothalamus controls the pituitary gland and has links to the autonomic nervous system. Thus the hypothalamus regulates homeostasis both via the endocrine system via hormones through the pituitary gland, and through nerve fibers back down to the brain stem (Fogel, 2009, p. 53).

The next step is the connection of the interoceptive pathway from the hypothalamus to the thalamus.  The thalamus lies in the center of the head and is a relay station where inputs from the interoceptive system, sensory organs, spinal cord and brain stem get sorted and sent to different regions of the cortex for further processing. The thalamus also plays a role in organizing neural connections back to the body.  It plays a role in declarative memory, motor control, the orienting and focusing and shifting of attention. There is a direct projection from the thalamus to the amygdala which bypasses conscious processing and allows for immediate reactions to fearful stimuli (Breedlove and Watson, 2013, p. 471). Just because we scratch an itch, it does not mean we are consciously aware of doing it if we are engaged in a stimulating conversation or our favorite TV show.  The sensation of itch brought by our ergoreceptors in our interoceptive nerve fibers goes up through the thalamus. The commands to and from our motor cortices also travel through the thalamus. Thus, if we have an itch, the thalamus helps find which part of the body it is located and moves the right set of muscles so we can scratch it (Fogel, 2009, p. 55). However, we are still below the level of conscious awareness.

The interoceptive pathway carries on from the thalamus to the cortex to an area called  the insula. It is located in the interior of the temporal lobe and lies in close proximity to the limbic system.  The insular cortex is the, “command center for homeostatic self-regulation” (Blakeslee & Blakslee, 2007, p. 185). The insula receives interoceptive information from the body’s interior as well as information regarding the state of the skin: itch, pain, burning, tickle, sensual arousal, heat and cold.  To accurately regulate your body’s temperature, it needs to know

Stage 2.5:  How is Emotion Created in the Brain?

There is another interoceptive pathway from the thalamus, going through the anterior cingulate cortex (ACC) before arriving at the insula.  The ACC is located adjacent to the motor areas in the brain and has connections to them. “This link between the ACC and the motor areas creates the motivational aspect of emotion, what the body wants to do (intensions and urges), and what the body does (emotional behavior, including expressions and vocalizations)” (Fogel, 2009, p. 56).  The ACC can also motivate internal actions via the autonomic nervous system back through the hypothalamus, brain stem to the internal organs (heart racing, breathing changes, flushing, sweating) (p. 56). Just as the representations in the insula sort out different sensory feelings, representations in the ACC sort out different types of actions that are emotion-

specific. “So, shame may result in hiding or covering the face, anger in making a fist, while joy may result in laughter” (p. 56).  The anterior cingulate also has nerve cells specifically designed to register facial expressions and eye gaze. It is also a brain area that can “read” aspects of nonverbal communication that reveal the state of another person’s mind: “Is that person smiling, are they frowning..?”  The anterior cingulate is involved in more extensive appraisal, “How much do I really like this?” The anterior cingulate registers the state of the body. It is a center for coordinating perceptions with memory and behavior (Siegel, 1999).

The other part of the brain involved in emotion is an area just above the eyes called the orbitofrontal cortex (OFC).  The orbitorfrontal cortex helps in the appraisal of body states as positive or negative feeling. The orbital frontal cortex also has nerve cells that respond specifically to facial expression and eye gaze.  The orbital frontal cortex plays a key role in allowing us to adapt if the circumstances around us changes unexpectedly. The orbital frontal cortex is involved in what’s called “affect regulation”–being able to regulate your emotions.  It is part of the brain that contributes to “mindsight,” the ability to perceive the mental states of others (Siegel, 1999). It works in concert with the ACC to regulate whether to approach (positive) or withdraw (negative). People with lesions in their OFC have difficulty interpreting when sensations are helpful or harmful to their bodies and because of their lesion will often choose immediate gratification instead of a more thoughtful response (Fogel, 2009, p. 56).

Stage 3: Neural Integration and the Emergence of Interoceptive Self-Awareness

We also need the dorsolateral prefrontal cortex (DLPFC) which takes sensory impressions from the interoceptive and exteroceptive (external sensory information) networks and “holds” them temporarily.  The DLPFC is activated when people have to hold something in mind as they are thinking about it, or as they mentally manipulate concepts, as they “think something through:” this is the area where “working memory” occurs.  The DLPFC provides an opportunity for the rapid neural signals to slow down long enough for us to feel and process them.

Now that we have some familiarity with the neural circuitry, in my next article we will look at embodied self-awareness and how this impacts us in our daily lives.

Fogel, A. (2009). The Psychophysiology of Self-Awareness: Discovering the Lost Art of Body

Siegel, D. (1999). The Developing Mind: How Relationships and the Brain Interact to

Shape Who We Are. The Guildford Press: New York.