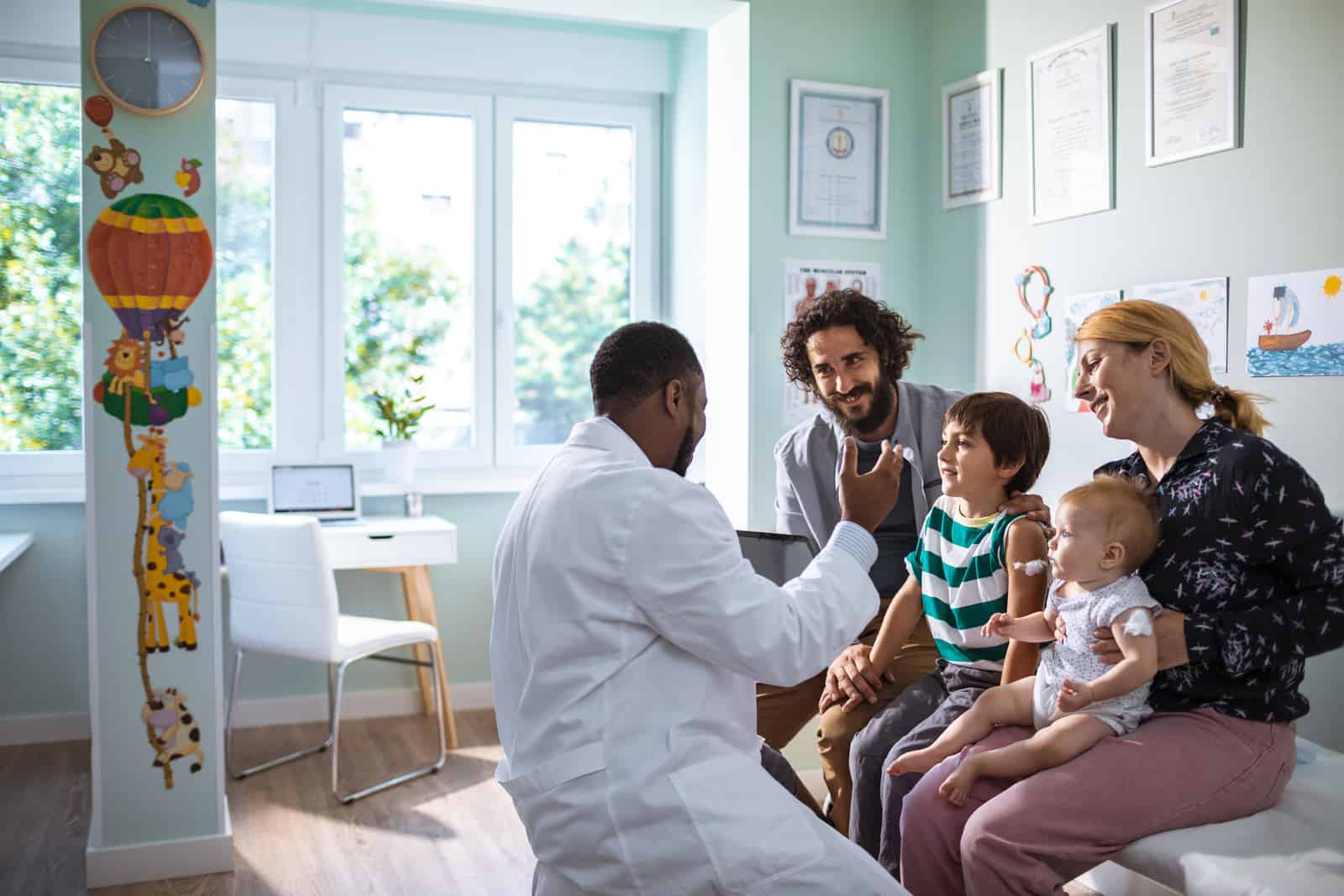 When a parent takes an infant to the Children’s Health Center in San Francisco for a routine checkup, a pediatrician will check the baby’s vitals and ask how the child is doing at home.

Then Janelle Bercun, a licensed clinical social worker, who is also in the room, will look at Mom or Dad and pipe up: What is this like for you? Your frustrations? Joys? Challenges? And she stays to work with the parent long after the pediatrician has left.

The facility’s team-based treatment is a pilot project, funded by philanthropies. Yet the approach, which California may soon incorporate on a large scale, could hold the key to fostering a healthy home environment where children thrive, child development experts say. Incorporating therapy for the parents, they say, can lower a child’s risk of future mental disorders stemming from family trauma and adversity.

Pediatricians’ offices generally don’t offer formal counseling or guidance to a child’s guardian because they can’t bill insurance for these services. That could soon change for the roughly 5.4 million children on Medi-Cal, California’s Medicaid program for low-income residents, and their parents.

The 2021-22 state budget, which Gov. Gavin Newsom is expected to sign by Monday, dedicates $800 million, half of it in federal funds, to this new behavioral health benefit over four years. Experts say it would make California the first state to pay for “dyadic care,” treating parents and children simultaneously.

“A baby is not showing up by themselves to the pediatrician’s office. The caregiver is coming in with their own strengths and stressors,” said Dr. Kathryn Margolis, a pediatric psychologist who launched the initiative at the Children’s Health Center at Zuckerberg San Francisco General Hospital.

“Without a healthy caregiver, we can’t have a healthy baby,” Margolis added. “It is the most obvious thing in the world. It is unbelievable it has taken this long to pay for this service.”

The new program is among a suite of behavioral health initiatives included in the nearly $263 billion state budget negotiated between Democratic lawmakers and Newsom, who has made mental health services a signature issue.

Grow your skills and fulfill your CE with Elite Passport Membership—for social workers, counselors, and other healthcare professionals.

The state will spend the next year drafting guidelines for the services that could be covered and working with insurance providers on new billing codes for the new benefit. Beginning July 1, 2022, caregivers who enter a clinic or pediatrician’s office with a child up to age 21 for routine well visits will be matched with a social worker or behavioral health specialist. They may be screened for depression, treated for tobacco and alcohol use, or offered family therapy, said Jim Kooler, assistant deputy director of behavioral health at the California Department of Health Care Services. New mothers will get postpartum care; parents could also get help obtaining food vouchers, housing or other help.

“It’s a pretty amazing array of services that will be available,” Kooler said. “It’s things we wouldn’t necessarily think about right away, but the health of the young person is impacted.”

States including New York and Colorado fund programs that offer holistic care to parents and children together. But California will be the first to offer the service as part of Medicaid pediatric care, said Jennifer Tracey, senior director of growth and sustainability for Zero to Three. The nonprofit organization runs HealthySteps, a program that supports babies and toddlers with integrated care in 24 states, Washington, D.C., and Puerto Rico. Getting the benefit funded in the nation’s most populous state was a “groundbreaking” win for children’s advocacy groups, Tracey said.

“We haven’t seen any other state make this kind of investment,” she said. “I hope we’ll see other states following California.”

Newsom and lawmakers this year had a $76 billion budget surplus and $27 billion in federal aid to fund an array of new programs, but they won’t come cheap. New outlays include up to $1.3 billion a year to expand health care to undocumented immigrants age 50 and older; $12 billion for homeless programs over the next two years; $4.4 billion in behavioral mental health for people up to age 25 over five years; and $300 million to bolster the state’s public health system beginning next July.

Critics say the spending commits Californians to programs that could be hard to fund in the future. And while offering a new Medi-Cal benefit might be worthwhile, California lawmakers would be better off fixing flaws in the government insurance program, said Susan Shelley, vice president of communications for the Howard Jarvis Taxpayers Association.

For example, the state pays physicians who participate in Medi-Cal among the lowest rates in the nation, she said. And a January 2020 report by the California State Auditor found that just under 48% of children enrolled in Medi-Cal went to the doctor for a preventive visit in 2016-17.

“It’s unwise to commit taxpayers to this,” Shelley said. “All these little kids are going to grow up and have one huge tax bill.”

Offering caregivers preventive behavioral treatment has proven to save money by avoiding bigger health problems down the road, according to legislative budget documents. An analysis by HealthySteps of its sites in New York, Colorado, Arizona and Kentucky showed average annual savings to Medicaid of 204% for patients enrolled in their program. The group reports that children were eight times more likely to receive developmental screenings and twice as likely to go to well visits when their parents participated in the HealthySteps program.

“It’s a realization that it’s not just about providing services today, but it’s about thinking about the services that will help defer costs down the road by doing the right things today,” Kooler said.

Making a visit to the pediatrician’s office more welcoming to parents, and getting mothers screened for depression and other behavioral issues, could improve California’s dismal rate of child developmental screenings, said Sarah Crow, managing director of First 5 Center for Children’s Policy.

“California, if it really wants to prioritize children’s health, then we really need to pull out all the stops and start thinking of new, culturally relevant ways to serve our families,” Crow said.

At the clinic in San Francisco, Bercun, the social worker, visits with caregivers for as long as they need, usually about half an hour but sometimes up to an hour. She counsels a mom about a job loss, shows a dad how to soothe his crying infant and guides another mom to lovingly say no to a toddler on the verge of a tantrum. She has helped caregivers develop safety plans if there is violence in the home and has connected them to community resources.

And then there’s the pandemic: She talks families through the isolation so many have felt.

“It’s working through these moments and feeling less alone and building confidence,” Bercun said. “It’s about holding space to explore feelings. My hope is that one day all families could benefit.”

KHN (Kaiser Health News) is a national newsroom that produces in-depth journalism about health issues. Together with Policy Analysis and Polling, KHN is one of the three major operating programs at KFF (Kaiser Family Foundation). KFF is an endowed nonprofit organization providing information on health issues to the nation.