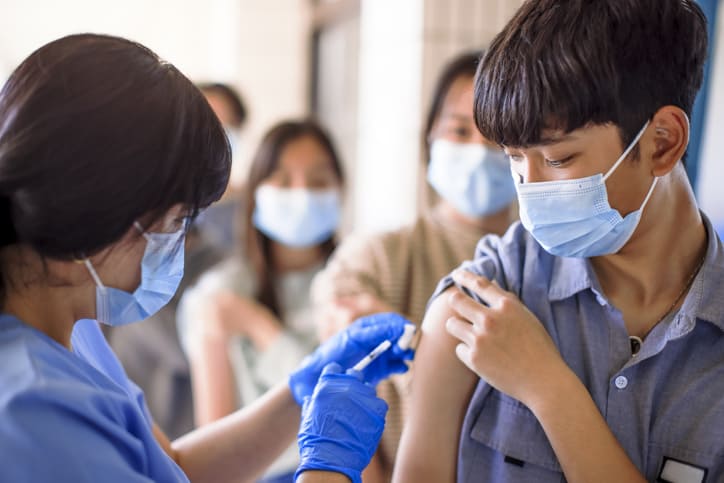 At least 217 million cases of coronavirus (COVID-19) have been diagnosed worldwide as of Monday evening, August 30, 2021, including at least 4.51 million deaths. Healthcare officials in the United States have reported at least 38.9 million positive COVID-19 cases and approximately 637,000 deaths. Source: Johns Hopkins University & Medicine

At least 5.25 billion individual doses of COVID-19 vaccine have been administered worldwide as of Monday evening, including at least 369 million in the United States. Source: GitHub

Patients who have been previously vaccinated with the single-dose vaccine by Johnson & Johnson (J&J) can benefit from a booster, according to recent evidence.

In anticipation of the potential need for boosters, the company conducted two Phase 1/2a studies in previously vaccinated individuals. New interim data from these studies demonstrate that a booster dose of the vaccine generated a rapid and robust increase in spike-binding antibodies, nine-fold higher than 28 days after the primary single-dose vaccination.

Significant increases in binding antibody responses were observed in participants between the ages of 18 and 55, and in those 65 years and older who received a lower booster dose.

“With these new data, we see that a booster dose of the vaccine further increases antibody responses among study participants who had previously received our vaccine,” said Mathai Mammen, PhD, MD, global head of research and development, in a prepared statement. “We look forward to discussing with public health officials a potential strategy for our vaccine, boosting eight months or longer after the primary single-dose vaccination.”

The company is currently engaging with the U.S. Food and Drug Administration (FDA), U.S. Centers for Disease Control and Prevention (CDC), European Medicines Agency (EMA), and other healthcare authorities regarding boosting with the vaccine.

The trials have been funded in part with federal funds from the U.S. Department of Health and Human Services, Office of the Assistant Secretary for Preparedness and Response, and Biomedical Advanced Research and Development Authority (BARDA), under an Other Transaction Authority (OTA) agreement.

Dive into the science of vaccines with our course, Staying Healthy: Vaccine-Preventable Diseases.

Dr. Anthony Fauci is endorsing that COVID-19 vaccinations be required in schools across the country among students who are eligible to receive shots, according to a recent report by Reuters.

The announcement supporting mandated student vaccinations comes as many schools nationwide experience delays and shutdowns related to outbreaks fueled by the Delta variant. Data shows that the impact on schools has been heaviest in southern states, where vaccination rates are lower.

Those who have already contracted COVID-19 are much less likely than vaccinated individuals who have never been infected to acquire an illness via the Delta variant, new data suggests.

A large Israeli study comparing natural and vaccine-induced immunity reportedly shows that the natural immune response that develops after infection offers considerably more response against Delta than does two doses of the Pfizer-BioNTech vaccine.

Researchers have also found that those already diagnosed with COVID-19 and administered one dose of the Pfizer-BioNTech vaccine were more highly protected against reinfection than those who once had the virus and were still unvaccinated. The new work could inform discussion of whether previously infected people need to receive both doses of the Pfizer-BioNTech vaccine or the Moderna, according to a report by the American Association For The Advancement of Science.

The highlighted study examined medical records of tens of thousands of Israelis, charting their infections, symptoms, and hospitalizations between June and August 2021, when the Delta variant predominated infections reported in Israel.

Learn more about the process of vaccine development in the newest podcast from Elite with noted virologist Dr. Angela Rasmussen. Listen now.

With schools reopening and employers requiring surveillance programs to track COVID-19 infections, many companies in the United States are having difficulty producing enough tests to meet demand.

According to a report by Reuters, test manufacturers, including Abbott Laboratories, Becton Dickinson and Co., and Quidel Corp. have scaled back production of tests and test kits that are sent to laboratories for analysis. The move follows a nearly 90% decline in testing and a similarly large drop in COVID-19 cases in the United States earlier this year.

Abbott had reportedly shut down two production lines and closed a manufacturing plant while Quidel had shifted production away from COVID-19 tests and Becton Dickinson had also scaled back production in recent months.

Officials claim that there now could be supply constraints in the near future as more state governments and private employers demand staff members to be vaccinated or agree to regular testing.

Demand for diagnostic tests has surged nearly six-fold in the past two months, according to the Reuters report, from approximately 250,000 per day in early July to nearly 1.5 million as of mid-August.