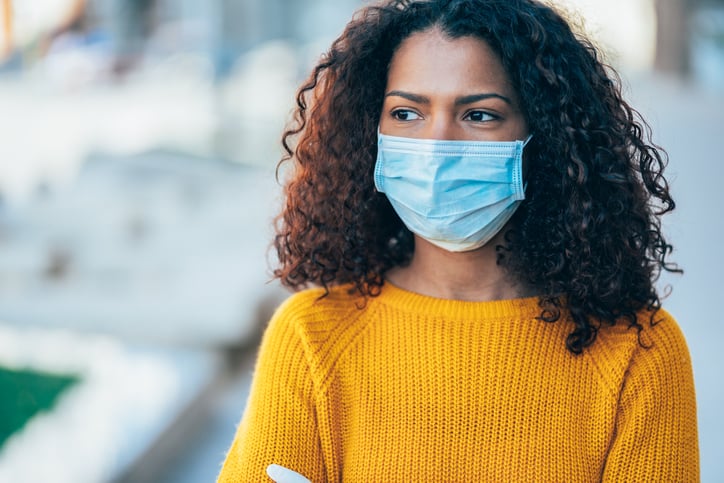 At least 124 million cases of coronavirus (COVID-19) have been diagnosed worldwide as of Monday evening, March 22, 2021, including at least 2.72 million deaths. Healthcare officials in the United States have reported at least 29.9 million positive COVID-19 cases and at least 542,000 deaths. Source: Johns Hopkins University & Medicine

At least 448 million individual doses of COVID-19 vaccine have been administered worldwide as of Monday evening, including at least 124 million in the United States. Source: GitHub

Women have lost 5.4 million jobs in the United States, about 1 million more than men, according to a recent report by the Center for American Progress. Women of color are also said to be the most impacted by the pandemic.

According to the report, in December 2020, women of color accounted for all of the recorded women’s job losses, and 154,000 black women left the labor force that month. Officials also found that women are more likely than men to face economic insecurity.

Another COVID-19 vaccine may soon be available in the United States after officials from AstraZeneca have reported results of a U.S.-based Phase III trial. According to the company, its vaccine candidate AZD1222 demonstrated statistically significant vaccine efficacy of 79% at preventing symptomatic COVID-19 and 100% efficacy at preventing severe disease and hospitalization.

This interim safety and efficacy analysis was based on 32,449 participants accruing 141 symptomatic cases of COVID-19. The trial had a 2:1 randomization of vaccine to placebo. Vaccine efficacy was consistent across ethnicity and age, officials said. Notably, in participants aged 65 years and over, vaccine efficacy is said to be 80%.

The vaccine was also well tolerated, and the independent data safety monitoring board identified no safety concerns related to the vaccine, according to a press release distributed March 22. The board conducted a specific review of thrombotic events and cerebral venous sinus thrombosis (CVST) with the assistance of an independent neurologist and reportedly found no increased risk of thrombosis or events characterized by thrombosis among the 21,583 participants receiving at least one dose of the vaccine. The specific search for CVST found no events in this trial after recent reports of patients experiencing blood clots after receiving the vaccine in Europe have surfaced.

It’s believed that AstraZeneca will pursue an emergency-use authorization from the U.S. Food and Drug Administration.

“These findings reconfirm previous results observed in AZD1222 trials across all adult populations, but it’s exciting to see similar efficacy results in people over 65 for the first time,” said Ann Falsey, professor of medicine at the University of Rochester School of Medicine and co-lead principal investigator for the trial. “This analysis validates the AstraZeneca COVID-19 vaccine as a much-needed additional vaccination option, offering confidence that adults of all ages can benefit from protection against the virus.”

Amongst participants in the interim analysis, approximately 79% were white/Caucasian, 8% black/African American, 4% Native American, 4% Asian, and 22% of participants Hispanic, according to AstraZeneca officials.

Approximately 20% of participants were 65 years and over, and approximately 60% had co-morbidities associated with an increased risk for progression of severe COVID-19, such as diabetes, severe obesity, or cardiac disease.

The trial included two doses administered at a four-week interval. Previous trials have shown that an extended interval of up to 12 weeks demonstrated greater efficacy, which was also supported by immunogenicity data. This evidence suggests administration of the second dose with an interval longer than four weeks could further increase efficacy and accelerates the number of people who can receive their first dose.

The vaccine can be stored, transported and handled at normal refrigerated conditions (2-8o C or 36-46o F) for at least six months and administered without the need for preparation within existing healthcare settings.

Downward trend of cases comes to an end

For the first time since January, new cases of COVID-19 in the United States have risen. According to a report by Reuters, cases increased by 5% to more than 394,000 over the last week. The numbers are based on an analysis of data collected by states, counties, and the Center for Disease Control and Prevention.

Additionally, 30 states have reported more new infections in the week ending March 21 compared with the previous seven days, up from 19 states in the prior week. More infectious variants that have spread across the country have health authorities cautioning that another surge could occur if social distancing restrictions and other measures are reversed too quickly.

Deaths from COVID-19 did continue to drop, however, falling 15% to 7,793 last week (about 1,100 per day), according to Reuters. Meanwhile, daily average vaccinations set a record for a fourth week with 2.5 million shots given per day last week. As of March 21, 25% of the U.S. population had received at least one dose of a vaccine, up from 21% one week ago, according to the CDC. About 13% of the population has received two doses, up from 11%. The average number of COVID-19 patients in U.S. hospitals also fell 6% to 36,000, the lowest since October, according to Reuters. Hospitalizations in the U.S. have also fallen for 10 weeks; however, they are rising in 18 states, an increase from four states the previous week.