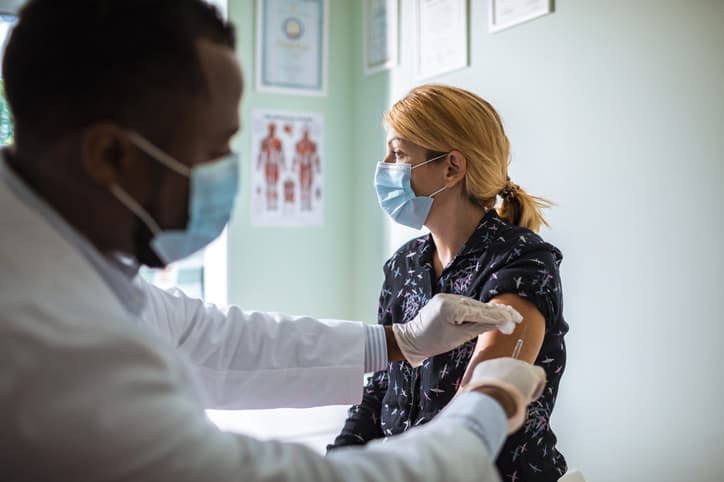 At least 136 million cases of coronavirus (COVID-19) have been diagnosed worldwide as of Monday evening, April 12, 2021, including at least 2.94 million deaths. Healthcare officials in the United States have reported at least 31.3 million positive COVID-19 cases and at least 562,000 deaths. Source: Johns Hopkins University & Medicine

At least 788 million individual doses of COVID-19 vaccine have been administered worldwide as of Monday evening, including at least 187 million in the United States. Source: GitHub

The available COVID-19 vaccines are believed to be reliable enough to withstand any of the current variants currently seen in diagnoses, according to a recent report by Yahoo News. According to Dr. Peter Jay Hotez, dean of the National School of Tropical Medicine at Baylor, the number of “breakthrough” cases, or those cases of the virus that occur even when the patient had been fully vaccinated, is expected to become “vanishingly small” if people continue to receive vaccinations.

Dr. Eric Topol, founder and director of the Scripps Research Translational Institute, said breakthroughs have a “remarkably low incidence, perhaps as low as 0.1 percent” and that “breakthrough” infections are “also remarkably benign, i.e., few are associated with pneumonia or serious illness.”

That said, a proportion of breakthrough infections are expected, according to the Yahoo report. Francois Balloux, a geneticist at University College London stated on Twitter that “breakthrough” infections are a “trivial concern as long as they don’t lead to serious disease in the infected, and onward transmission of the virus remains limited.”

For comparison’s sake, during the 2019-2020 flu season, the flu vaccine was 39% effective, but prevented 7.5 million cases of the flu and 6,300 estimated deaths, according to the Yahoo report. The most recent data available show that the flu vaccination rate for the relevant time period was 51.8% for all American adults and children older than 6 months, while approximately 19.9% of Americans have been fully vaccinated against the coronavirus (in addition to some share of the population also having antibodies from having been sickened with COVID-19), according to the Centers for Disease Control and Prevention (CDC).

A recent study performed in Israel concluded that vaccines are “the safest and most effective means of preventing the onward spread” of the virus.

Learn all about COVID-19 vaccination. Enroll in our Nursing CE webinar course: COVID-19 Vaccines: What You Need to Know.

Rochelle P. Walensky, director of the Centers for Disease Control and Prevention (CDC), has said that the state of Michigan needs to “shut things down” due to the spread of coronavirus, in response to the state’s officials requesting the federal government to send extra doses of vaccine. The state currently accounts for the worst virus numbers in the U.S., with hospitalizations having quadrupled in the past month. Michigan’s seven-day case rate was reportedly 492 per 100,000 people, well above second-worst New Jersey, with 328 per 100,000 residents, according to the CDC.

Walensky’s comments came during a White House briefing. The Washington Post reports that Washington DC officials will rush federal resources to support vaccinations, testing, and treatments in the state, but not actual extra vaccine doses.

J&J vaccine may be linked to blood clots

The incidence of rare blood clots occurring among four people in the United States who reportedly received the Johnson & Johnson COVID-19 vaccine is currently under review.

According to a report by Reuters, three of the incidents occurred in the United States during the rollout of the vaccine from the Janssen unit, in addition to one person who died from a clotting disorder reported during the clinical trial.

Nearly 5 million people in the U.S. had received the J&J vaccine as of April 8, according to the report. Officials with the U.S. Food and Drug Administration have reportedly said they would respond to a request for comment.