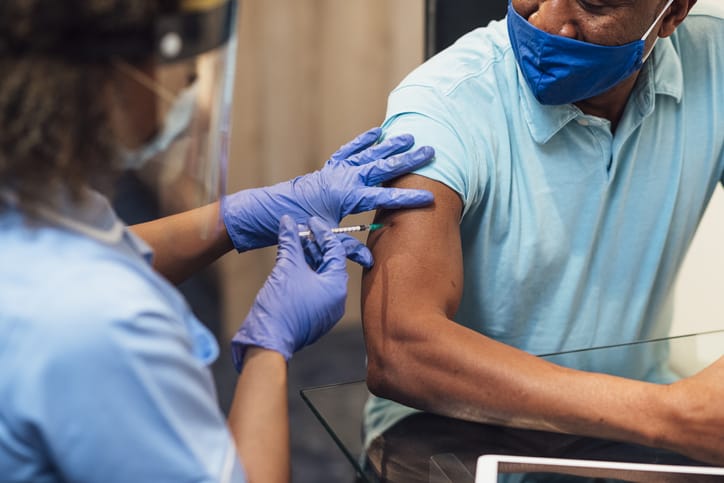 At least 128 million cases of coronavirus (COVID-19) have been diagnosed worldwide as of Monday evening, March 29, 2021, including at least 2.79 million deaths. Healthcare officials in the United States have reported at least 30.4 million positive COVID-19 cases and at least 550,000 deaths. Source: Johns Hopkins University & Medicine

At least 552 million individual doses of COVID-19 vaccine have been administered worldwide as of Monday evening, including at least 143 million in the United States. Source: GitHub

The origins of COVID-19 transmission among humans likely began when the virus jumped from bats to another animal species that humans are more commonly in contact with.

According to a joint study by World Health Organization-China, there are still answers being sought about how the virus ultimately made the “jump” to humans. The report is expected to be made public this week, according to the Associated Press. Last year, an AP investigation found the Chinese government was strictly controlling all research into the virus’s origins. Repeated delays in the report’s release have raised questions about whether information has been skewed, according to a recent AP report.

The reported also did not offer support about the possibility that the virus could have escaped from a lab in Wuhan. According to the AP, the report is based largely on a visit by a WHO team of international experts to Wuhan, and researchers listed four scenarios in order of likelihood for the emergence of the novel coronavirus with transmission from bats through another animal said to be the most likely.

The report is also said to be inconclusive about whether the outbreak started at a Wuhan seafood market that had one of the earliest clusters of human cases in December 2019. It remains possible that the source might never be identified, the report also states.

WHO finds fake vaccine in Mexico

Officials with the World Health Organization (WHO) have issued a medical product alert in reference to a falsified COVID-19 vaccine. Identified as “BNT162b2,” the product was detected in Mexico in February and may still be in circulation. The falsified product was supplied and administered to patients outside authorized vaccination programs.

Laboratory analysis of the contents of the falsified products are still pending but there is concern of serious risk to public health and additional burdens on vulnerable populations and health systems due to the falsified vaccine.

The false product claims to be a Pfizer-branded vaccine and includes a fake batch number and expiry dates. The glass vials and labels are different from genuine COVID-19 vaccine vials. More info and images of the fake product’s packaging can be found through the WHO.

A new study conducted by the U.S. Centers for Disease Control & Prevention (CDC) has found that two-dose COVID-19 vaccines are as effective in reducing infections in real-life conditions as they were in clinical trials.

The study of about 4,000 healthcare personnel staff, police, firefighters, and other essential workers found that the two-dose vaccines reduce the risk of infection by 80% after the first shot and by 90% following the second shot. The findings are said to be consistent with clinical trial results and studies in Israel and the United Kingdom, as well as in initial studies of healthcare workers at UT Southwestern Medical Center and in Southern California.

According to CDC officials, the report is significant because it analyzed how well the vaccines work among a diverse group of frontline adults who are more likely to be exposed to the virus and to spread it due to their jobs. The study’s subjects are reportedly from Arizona, Florida, Minnesota, Oregon, Texas, and Utah who received vaccinations between mid-December and mid-March.

The study is also one of the first to estimate vaccine effectiveness among participants against infection—rather than just monitoring for symptomatic cases—including infections that did not result in symptoms, according to the CDC. The CDC report claims that only three people had confirmed infections among 2,479 patients who were fully vaccinated and only eight infections among 477 people who received one dose. By comparison, 161 people among 994 who were not vaccinated developed infections. No deaths were reported as part of the study, CDC officials said.

There was no mention of single-dose vaccines.