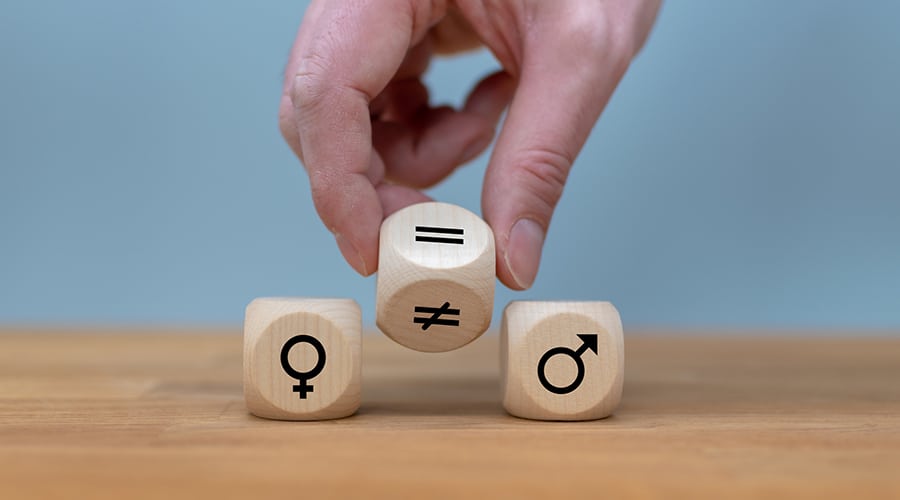 A Nurse is a nurse no matter what gender you are.

The word “Nurse” comes from the Latin word “nutrire” which means to suckle. Historically, the nursing role has been predominately a female profession. This social stereotype has automatically excluded men from entering the profession and created a stigma.

Can Men Be Nurturers?

The stereotypical toxic masculinity roles claim that men are not empathic. They cannot nurture. They are not compassionate. Those roles are reserved for females.

“Nursing is not about the starched white hats, immaculate uniforms or Nurse Ratchet! That’s what the media portrays the profession to be. It’s not only a role for females. It’s much more than that. It’s about forensics, flight nursing, emergency, ICU, anesthesia, and advanced practice nursing. Those are just a few roles where both men and women can flourish in the profession.”

Abner Vilches works as a Family Nurse Practitioner in a bustling urgent care. He chose nursing as a profession over twenty years ago when he saw his friend become handicapped after he was run over by a car. “I saw how the female nurses were caring for my friend and I thought to myself, ‘I can do that!’ Nursing is a caring profession! You have to be in touch with your own feelings and really like people.” He adds.

According to the General Social Survey, progressive attitudes towards gender roles have contributed to more men entering the nursing field. The attraction of good pay and a stable profession is also difficult to ignore. According to the WCEG working paper, a decline in jobs due to automation, trade, and the housing crisis has also led to a growing interest in the nursing field.

Back in the 1960’s, only 2 percent of males worked as nurses. Today, that number is approximately 13 percent with steady growth. The American Association for Men in Nursing (AAMN) projects a 20% increase in the number of male nurses in the workforce by 2020.

Only 9 percent of the estimated 4 million nurses in America today are men, according to Kaiser Permanente Foundation. But those numbers are growing, with the number of active male RNs enrolled in graduate or doctoral programs increasing three-fold since 2000.

In a study conducted by Jinks and Bradley (2004) they noted that stereotypes are changing as more males enter the nursing profession even though origins of nursing stereotypes such as angels, handmaidens or battleaxes can be traced to the latter half of the nineteenth century. Healthcare back then was a masculine dominated profession with physicians in a primary role. The ‘doctors’ handmaiden’ stereotype, represented a division of work, power, and influence based on gender differences where the female-dominated nursing profession was considered to be subservient to the masculine physician role.

In modern television, male nurses are sometimes portrayed as being homosexual exhibiting feminine and flamboyant characteristics. Meanwhile, masculine hero roles are saved for male physicians. Those are the ones who resuscitate the patient back to life and save the day.

Stereotypes like the ones mentioned above can actually deter men from entering the nursing profession. One recent study attempting to identify the few numbers of men in nursing noted that 70 percent of respondents cited stereotypes as a major challenge.

Nurses at one time were considered the lowest of humans on a social scale. Most of them were noted to be drunken, immoral or illiterate as they worked in poor and unsanitary working conditions in hospitals that made the nursing profession less than desirable.

Florence Nightingale revolutionized the nursing profession by instituting sanitary conditions during the Crimean War. She was a strong advocate and wrote letters to the British government which initiated change with simple procedures like hand washing. The angel or Madonna branding in Christianity was actually born from Florence Nightingale’s tenderness and compassion paradigm which aligned the nursing role with feminity.

The Evolution Of Nursing And Gender Roles

Indigenous people usually had a medicine man or shaman in their village. Females would be the “wet nurses” or midwives delivering and nursing infants. In biblical times men and women of religious orders both took care of the sick.

The nursing profession was known as the dark ages from 1500-1890. Nursing was considered a menial task during the 1500s and the Protestant reformation when Catholic monasteries were shut down and destroyed. The Protestants viewed a woman’s place to be in the home caring for family members and raising children. Nursing was not seen as a respectable profession.

In contrast, the first nursing school in the world included men only and was started as far back as 250 BC in India. Male nurses cared for troops during the Crusades in the 11th century and by 1870 it was still men that “staffed field hospitals” in the Franco Prussian War.

Ironically, the patron saint for nurses is a man by the name of St. Camillus de Lellis who was known to have struggled with a gambling and alcohol addiction and sought treatment in a hospital. His passion became taking care of the sick and those addicted to alcohol and he later became the hospitals’ director.

Walt Whitman is best known for his poetry, but he was also a nurse. He worked as an assistant in the army paymaster’s office during the Civil War, and he volunteered as a nurse. He then went on to write about his experience of war in The Great Army of the Sick and Memoranda During the War, two pieces of literature that highlighted the struggle that soldiers and healthcare workers faced during the American Civil War.

One of the first nurse anesthetists was a man, Edward T. Lyon. He served in the Army Nurse Corps in 1955. He uplifted men in the nurse corps to a higher status as they were only in roles as technicians.

In 1982, the court ruled in favor of Joe Hogan an African American male nurse, who sued Mississippi University for Women. He was denied admission and his plight and fight ultimately ended school sex discrimination in publicly funded nursing schools throughout the country.

Unfortunately, many men going into the nursing profession face gender discrimination particularly if they are seeking a position in obstetrics and gynecology. There are even theories that men may be more prone to accusations of sexual harassment and or sexual assault if they enter into these specialties.  Other patients may not want to have a nurse taking care of them because they are a ‘guy!” even though male physicians in obstetrics are rarely questioned.

A study in Canada found that even though male nurses experienced greater job satisfaction through the caring aspect of the role, gender-based stereotypes contributed to job dissatisfaction in the workplace. Male nurses want to be referred to as “the nurse,” and not the male nurse. When referring to a female nurse, gender is rarely mentioned.

A new survey shows that male nurses actually make an average of $6000.00 a year more than female nurses which echoes many other professions where males are paid more than females. “In general, there is innate acculturation that occurs for men and boys that to take on more administrative leadership positions. I never had that perspective until I learned it from a woman, a social psychologist by the name of Pat Heim who wrote the book “Hardball for Women.” When boys and girls are growing up in society, they are socialized differently” states Jim Kane MN, RN, CNS, NEA-BC. Jim is the co-author of the book ‘Touched by A Nurse, Moments That Transform Lives.’ He aspired to support the healing work of nurses and now works for The Advisory Board (Healthcare Research Think Tank www.advisory.com ).

American Assembly for Men in nursing

The American Assembly for Men in nursing is an organization promoting males entering the nursing profession. Many states and nursing schools have started chapters. Their main objectives are:

Lesbian, gay, bisexual, and transgender (LGBT) nurses form one of the largest minority groups within the nursing profession. There is limited data available to determine how many nurses identify as LGBT (or some variation of those letters, such as LGBTQ, in which the “Q” stands for questioning or queer).

According to a 2013 Gallup poll, approximately 3.5% of the US general population identifies as LGBT. LGBT nurses and patients face a unique set of challenges in the health care system: hostile personnel, lack of insurance, and higher rates of certain disorders, such as substance abuse.

Also challenging in some professional settings including hospitals is the fact that some non-binary/genderqueer people prefer to use gender-neutral pronouns. Usage of the singular ‘they’, ‘their’ and ‘them’ is the most common; and ze, sie, hir, co, and ey are used as well. Some others prefer the conventional gender-specific pronouns ‘her’ or ‘him’, but prefer to be referred to alternately as ‘he’ and ‘she’, or prefer to use only their name and not use pronouns at all. Many prefer additional neutral languages, such as the title ‘Mx.’ instead of Mr. or Ms. all of which can be somewhat confusing to both coworkers and patients.

While many transgender people identify on a binary scale – as either male or female – some do not and may instead refer to themselves as “genderqueer,” “gender fluid,” “non-binary” or other terms. These gender-expansive identities are generally considered part of the greater transgender community.

Efforts to correct the current workplace climate for LGBTQ employees will involve changes in workplace policies, education of the health care workforce, and advocacy from nursing professional organizations.

In 2015, Jesse Vroegh was awarded $120,000, for workplace discrimination on the basis of sex and gender identity and for damages related to being denied insurance coverage for gender reassignment surgery. Mr. Vroegh, a registered nurse who was working in the department of corrections in an Iowa state prison, was denied use of the men’s restrooms and locker room facilities. At the time he was transitioning from female to male. The department denied his requests, citing its concerns about the “rights of the male officers” and saying that transgender issues were “too controversial.”

Today, according to the Transgender Law Center as of June 2017, the following states have strong or medium anti-harassment and discrimination laws in place:

In addition to state and local laws, the Civil Rights Act of 1964 (Title VII) is a federal law that prohibits employers from discriminating against employees based on sex, race, color, national origin or religion. Employees who feel this law is being violated may complain to the Federal Equal Employment Opportunity Commission (EEOC).

In summary, as the nursing profession evolves, nurses should be considered “Nurses” and not be singled out as a gender-specific profession. Gender walls are falling. As a society, we are entering a time of neutrality. For the sake of our future, when encouraging either males, females, or transgenders to enter into a profession, gender biases should be put aside. Gender-neutral rebranding of nursing, as well as an emphasis on a renewed focus on skills and caring values, should underpin the profession. Nursing should focus on gender neutrality as opposed to old standards and predominately feminine roles.

The bottom line is that the focus should be on what the individual is inspired to do, their life’s purpose and what they could contribute to the profession as a person and not their gender.

Ersilia Pompilio RN, MSN, PNP is a Pediatric Nurse Practitioner, and CEO of Rogue Nurse Media 501c3. She hosts and produces Nurses and Hypochondriacs Podcasts where she brings together Nurse Experts, Storytellers, Comedians, Actors and Activists to talk about hot topics in health care. She's a freelance writer/ blogger and teaches writing to healthcare professionals.