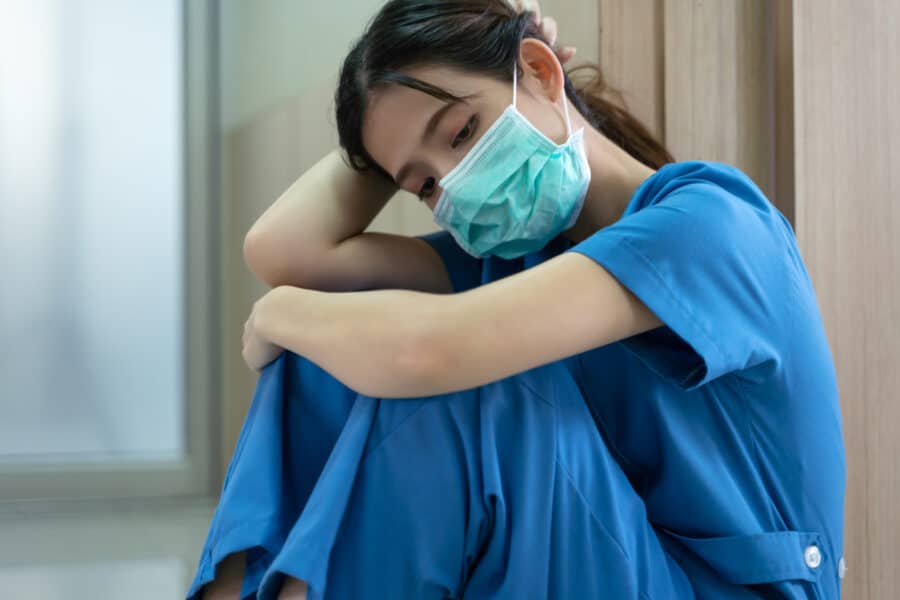 This is Beth Duche’s story. She was the acting charge nurse in a busy PACU in Denver, Colorado when she reprimanded an anesthesiologist for shutting off patients’ alarms. He was putting patients’ lives in danger. As the doctor approached her, she never thought her life would be in danger, too.

Nurses are the most exposed to occupational violence

The occupational safety and health administration (OSHA) states that there are 25,000 workplace assaults reported annually, and 75% occur in healthcare and social service settings. From 2006 to 2015 there were 186 workplace homicides in the healthcare and social assistance industry within the private sector. Workers in healthcare settings are four times more likely to be victimized than are workers in the private industry.

Another study found that physical violence, threats of violence, and verbal abuse occurred most frequently in ICUs, whereas sexual harassment and bullying were highest in operating rooms. Physical violence was most common in emergency departments, geriatric, and psychiatric facilities. The main perpetrators were patients, followed by physicians and patients’ families. Nurses perceiving greater work demands and less trust and justice were more likely to have been exposed to violence.

Arrested and placed in handcuffs for doing your job

Alex Wubbels went viral on YouTube when a video was released that showed how she was placed in handcuffs by a police officer and forced into an unmarked car. Wubbels was under forceful arrest for doing her job and following hospital policy as she worked as the charge nurse in a busy Salt Lake City ER. Unfortunately, the perpetrating officer snapped and did not refrain from his actions even though Wubbels screamed, “You’re assaulting me this is crazy!”

Wubbels had her supervisor speak to the police officer prior to being shackled in handcuffs. That did not stop her from being assaulted. Not one person stopped this event from happening in the emergency room.

When a patient becomes violent and charges at your co-worker, pins them down, and starts striking their head, your automatic reaction would be to stop the assault. For Lynne Truxillo, a psychiatric nurse in Baton Rouge, that act of courage ended up costing Lynne her life. The violent patient ended up attacking Lynne. Her coworkers were successful in stopping the attack and Lynne sustained a torn ACL and needed surgery. Initially, she survived her attack but succumbed to her injuries 5 days later. Lynne Truxillo died of a blood clot in her lungs.

The cost of violence in the healthcare workplace

If an employee requires medical treatment or misses work because of a workplace injury, workers’ compensation insurance will typically have to pay the cost. For example, one hospital system had 30 nurses who required treatment for violent injuries in a particular year, at a total cost of $94,156 ($78,924 for treatment and $15,232 for lost wages). If your organization self-insures (as some large healthcare organizations do), it will bear the full cost. If your organization does not, its claim experience can still affect insurance premiums.

Violence can also lead to other less obvious costs. For example:

Both Beth Duche and Alex Wubbles survived their attacks. Both perpetrators were reprimanded and incarcerated. Although Lynne Truxillo’s perpetrator is serving prison time for manslaughter, Lynn did lose her life.

Violence in the healthcare workplace has reached epidemic proportions. Healthcare managers must commit and participate in workplace safety. They must be able to identify hazards in the workplace, conduct worksite analysis, provide training and ensure the safety and health of all employees while on the job. Nurses and healthcare professionals must be trained to identify, disarm, and de-escalate potential violent attacks in order to ensure their own personal safety.

Ersilia Pompilio RN, MSN, PNP is a Pediatric Nurse Practitioner, and CEO of Rogue Nurse Media 501c3. She hosts and produces Nurses and Hypochondriacs Podcasts where she brings together Nurse Experts, Storytellers, Comedians, Actors and Activists to talk about hot topics in health care. She's a freelance writer/ blogger and teaches writing to healthcare professionals.