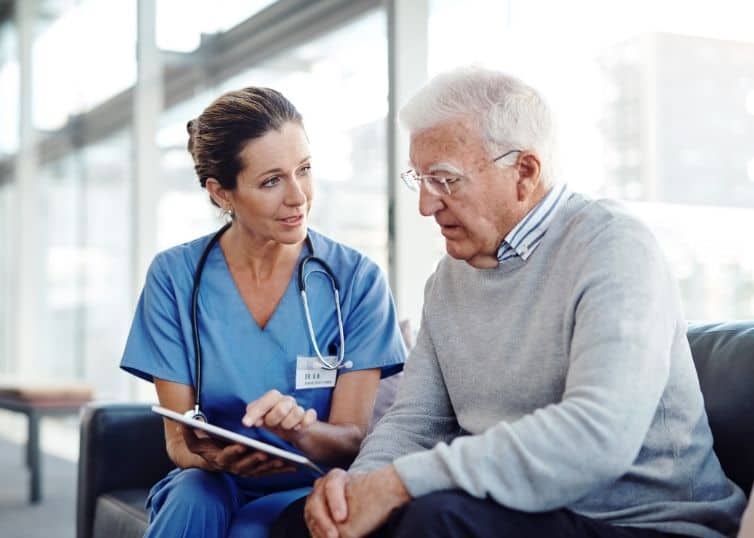 From wrinkles to graying hair, no part of the body escapes the aging process. While the mind is no exception, there is a critical difference between the normal cognitive effects of aging and more serious cognitive decline, including depression, delirium, and dementia.

According to the CDC, estimates of depression in older adults requiring home healthcare or hospitalization range from 11.5% to 13.5%. These are rough estimates only, however, as depression in this demographic is often misdiagnosed as a normal part of aging.

Physical disabilities, chronic pain, lifestyle constraints, and loss of former mobility may all play significant roles in the onset of depression in older adults.

However, not all patients share the same symptoms. Signs of depression may range from difficulty concentrating and slowed thinking to weight fluctuation, feelings of worthlessness and guilt, or even suicidal ideation. In older adults who are recovering from illness or injury, even one of these symptoms may lead to difficulties in rehabilitation.

While more in-depth tools can (and should) be used to diagnose depression, there is a simple assessment available to all healthcare and rehabilitation professionals that may help gauge the severity of a client’s depression. The assessment?

The U.S. Preventive Services Task Force has found an effective screening tool for depression in the following two questions:

The client’s answers to these questions cannot be used to diagnose, but they do provide a useful benchmark which the healthcare professional can then use to refer their client to the appropriate mental health specialist or medical practitioner.

The most notable form of dementia, Alzheimer’s Dementia, accounts for 60-80% of cases, with the CDC reporting as many as 5 million Americans living with Alzheimer’s.

Despite the finality in the terms “irreversible memory loss” and “cognitive decline,” there are ways in which healthcare and rehabilitation professionals can help slow the progression of dementia, particularly Alzheimer’s.

In the fight against cognitive decline, exercise is key. Physical activity has been tied to better cognitive function and slower decline, even in those who have already been diagnosed with dementia. Even more encouraging, exercise can also help reduce symptoms of depression, which may occur in tandem with dementia.

For rehabilitation professionals, maintaining strength, balance, and mobility in clients is a key outcome among older adults experiencing dementia, depression, or dementia and depression.

Some simple tips to remember:

If you’d like to learn more about the physical and mental effects of aging, we invite you to view the full on-demand video course, Depression, Cognitive Changes, and Dementia in Older Adults.

This article is based on the 3-hour on-demand video course Depression, Cognitive Changes, and Dementia in Older Adults, authored by Suzanne Greenwalt,  PT, DPT, CCS, GCS and presented in partnership with Elite’s sister school, HomeCEU. View the course.