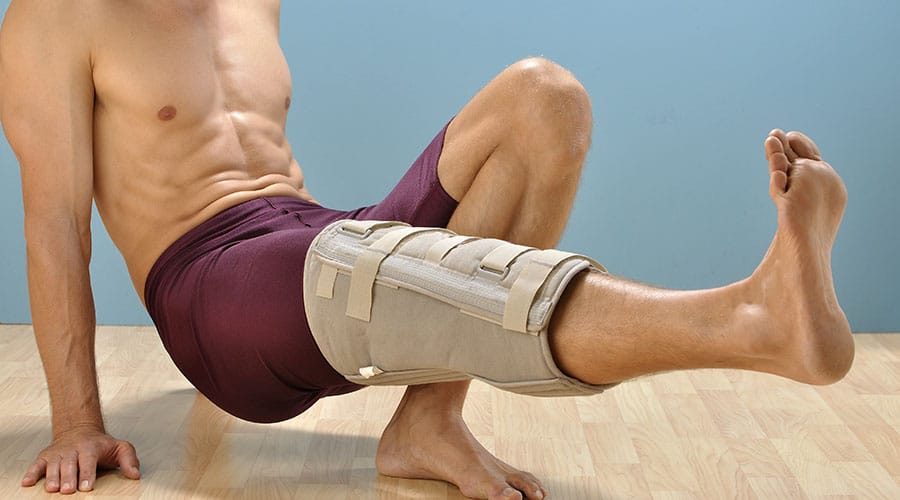 Can Kegel exercises help male patients experiencing pain and incontinence after a prostatectomy?

Kegel exercises strengthen the pelvic floor, or pubococcygeus (PC), muscles. These muscles contract and relax around the bladder and the bladder opening, which helps control urine flow. Many healthcare professionals and physical therapists agree that pelvic floor exercises before and after a prostatectomy can help a patient achieve the best possible outcome. While this is true for many men, however, a recent study suggests it may not be the case for all.

No “one size fits all”

A 2020 study pointed to what many pelvic physical therapists have known for a long time: there’s not a “one size fits all” program for men after prostate surgery.

The study, published in International Urology and Nephrology, reports that there may be a subset of patients for whom down-training instead of Kegel up-training may be required for maximum improvement of post-RP incontinence.

“It may be time to rethink advising all men to do Kegel exercises to ease stress urinary incontinence (SUI) following radical prostatectomy (RP),” the study says.

All men received therapy to either relax or strengthen their pelvic muscles. The total number of pelvic physical therapy sessions depended on a patient’s progress. Incontinence improved in 87% of them, with 58% achieving what is considered the optimal improvement of needing 2 or fewer protective pads per day.

Additionally, pain was a problem for 27% of the men, but that proportion dropped to 14% by the end of therapy, which averaged slightly more than four sessions. For those men still experiencing pain at the end of therapy, the pain was significantly decreased (mean initial pain score 3.62 vs final mean pain rating of 1.08).

“This study is the first to demonstrate that pelvic physical therapy may be a beneficial treatment modality for men who have pelvic pain after prostatectomy, because the pain for some men may be attributable to pelvic floor myofascial pain associated with the pelvic floor overactivity issue,” Dr. Scott told Renal & Urology News.

In a traditional approach, men who have SUI after prostate removal need to do Kegel exercises because their pelvic floor muscles are too weak, Dr. Scott said. Now it appears that men who have surgery often develop pelvic floor overactivity or muscle tightness postoperatively, and any type of pelvic floor dysfunction can lead to stress incontinence.

“We may want to move toward a more individualized approach aimed at normalizing the pelvic floor function for each man,” Dr. Scott said.

A tailored approach to therapy

“Healthcare professionals who specialize in pelvic floor problems have come to understand that Kegel exercises can worsen pelvic floor overactivity and are not the best treatment for every patient,” he said.

“We were expecting this study to show that a significant minority of men had overactivity in their pelvic floor muscles that could be contributing to their urinary incontinence, but the study actually showed that a majority of men have overactive pelvic floor dysfunction in this population. Most of the men also had some degree of muscle weakness, but not all of them,” Dr. Scott said.

She noted that prospective, randomized-controlled studies are now warranted. Outcomes should compare basic education, a traditional Kegel strengthening program, and an individualized pelvic physical therapy program. This program should include the normalization of pelvic floor overactivity as well as improvement of coordination timing and strength.

Nearly all men have urinary incontinence immediately after a prostatectomy, but that percentage drops to about 5% to 20% within 24 months following RP. Men who have not seen improvement within 2 to 6 months should seek physical therapy.

Study limitations include problems with compliance, as 21% of the men did not fully adhere to treatment recommendations. Some men attended fewer physical therapy sessions than recommended or did not perform their prescribed home exercises. Another limitation was the absence of long-term follow-up to determine whether improvement in a patient’s incontinence continued beyond the end of treatment.

Aria F. Olumi, MD, Chief of Urologic Surgery at Beth Israel Deaconess Medical Center and Professor of Surgery/Urology at Harvard Medical School, Boston, pointed out that physical therapy was started close to the time of surgery, so it is likely that many men would have experienced improvement in their urinary and pain-related issues with time.

“Given the retrospective nature of the study and lack of a control group, the study is not designed to conclude whether pelvic floor training exercises would be beneficial for patients who have undergone radical prostatectomy,” Dr. Olumi said. “However, pelvic floor training engages the patients in their rehabilitation process, and when available it’s a good resource to utilize postoperatively.”

Shubham Gupta, MD, Chief of the Division of Reconstructive Urology at University Hospitals Urology Institute in Cleveland, Ohio, said therapists should consider the findings from this 2020 study to be hypothesis-generating rather than paradigm-shifting.

The study has important methodological limitations, Dr. Gupta said, including its retrospective design, selection bias, and lack of a control group. “As such, the results are not generalizable,” Dr. Gupta said. Nevertheless, he noted that the study underscores the importance of personalized treatment for post-RP incontinence.

“Overall, this is an excellent preliminary demonstration of the complex role of pelvic floor dysfunction in a setting of prior prostatectomy,” said Irene Crescenze, MD, a urologist at The Ohio State University Wexner Medical Center in Columbus.

This new study, however, may convince both healthcare professionals and patients of a need to seriously consider pelvic floor physical therapy as a treatment option for male patients with incontinence and pain.

The study emphasizes the need for each individual to seek an evaluation of his pelvic floor and follow a plan made to address the findings. As stated in the study, men can have overactive muscles after surgery. Some signs of this in men are:

Therapists should evaluate their patients after surgery, as well as assessing them at intervals during recovery. This will help determine the best treatment methods as the patient makes progress.