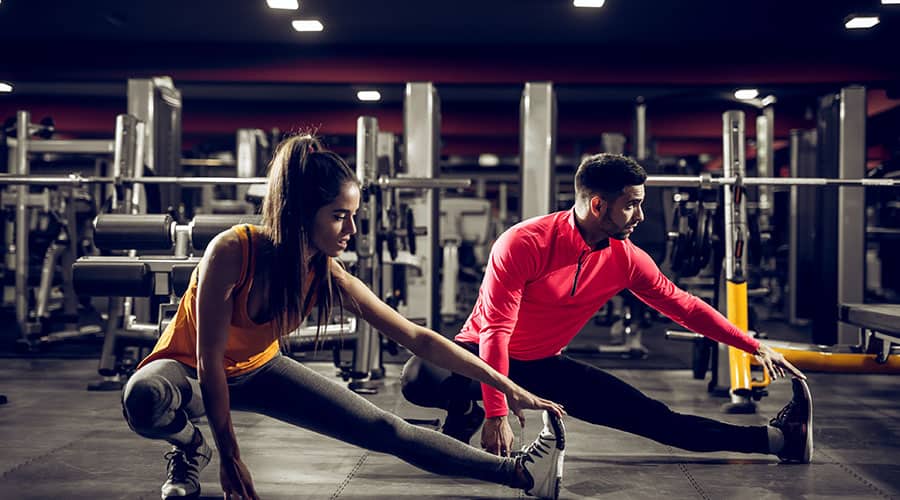 Every so often, however, Menz has a student come to one of his classes with an impossible request. He explains.

“I’ll have someone come to my class who’s working at one of those boutique-type places,” said Menz, “and they’ll say ‘our manager wants to add sports massage to the menu. They want me to learn the technique.’”

But sports massage isn’t a single specific technique. “If you wanted to add hot stone massage to your menu . . . get your Crock-Pot, get your stones, heat them up. If you then apply heated stones to a body, that is by definition hot stone massage. You can do various things with them. That’s very different from a sports massage.”

The only thing that defines a sports massage is that the individual receiving the massage plays sports. It’s not a one-size-fits-all situation where each competitive athlete receives identical treatment. “I had a guy in his 20s come to one of my classes. He wanted to utilize his one finished, distinct product (as a sports massage),” Menz recalled. “In his mind, someone would come in, ask for a sports massage, and he’d know exactly what to do. That isn’t how it works.”

Menz has a background in strength and conditioning. He understands the toll training can take on the body. He starts each class with the principles of exercise. An athlete chooses their goals, and begins working towards those goals in a targeted manner. “A guy who wants to squat 750 pounds is going to train very differently than a guy who wants to ride a bike 100 miles,” he summarized.

In working with the power-lifter, Menz was prepared to encounter extremely thick musculature throughout the body. “There’s no room for any weak link — top to bottom, upper or lower body,” he explained. “The pounding that your shoulder, back, and hips take is pretty extraordinary.”

Overtraining can be a fairly general problem in the power-lifting community, but the peer groupings are strong enough that imbalances are usually addressed before they become too big a problem. “If a guy is benching 500 pounds and squatting 550 pounds . . . these guys know that the legs should be about 1.5 times stronger. So that’s something they address,” said Menz. “I do sometimes see imbalances, especially with guys who are new to the sport.”

Not surprisingly, low-back strains are among the most common complaints among power-lifting clients. “Proper technique is so important, especially in the squat,” Menz said.

On the other hand, distance runners tend toward a long and lanky build. When working with runners, Menz faces a separate set of challenges. “When a guy says he’s a runner doing 10-15 miles, marathons — they tend to look like a runner. Lanky, not a lot of body fat.”

These athletes do have one thing in common with power-lifters. They too tend to overtrain. “A few years ago I worked on a guy who was a friend of a friend, put him on the table for about an hour,” Menz recalled. “He’d overdone it a little in training, and his body looked like that road sign you see for a lane shift. His legs were there, then his hips tilted right, then the rest of his body straightened up.”

In such cases, Menz always remembers basic tenets. “Muscles only pull,” he said. “If his left hip is elevated, some muscles are pulling up, and they need to be relaxed. He had a shoulder that was elevated as well, due to some hypertonic or overactive muscles.”

The importance of balance

If a person were to go to the gym and lift heavy weights for a half-hour with one arm over a period of time, you would begin to see the imbalance as the muscles in that arms would change drastically while the opposing arm remained the same. That’s what occurs with imbalance-type injuries, only in a more natural manner. “An imbalanced stride, a tendency to protect a minor injury, even a problem with footwear on an uneven road surface — they can all create these imbalances,” explained Menz.

In summary, it’s impossible to train a massage therapist to provide a singular “sports massage” modality, given the variety of sports and range of injuries possible. However, by learning and practicing the basic tenets of exercise, a trained professional will see similarities in athletic injuries and their causes — even in competitors as divergent as power-lifters and distance runners.