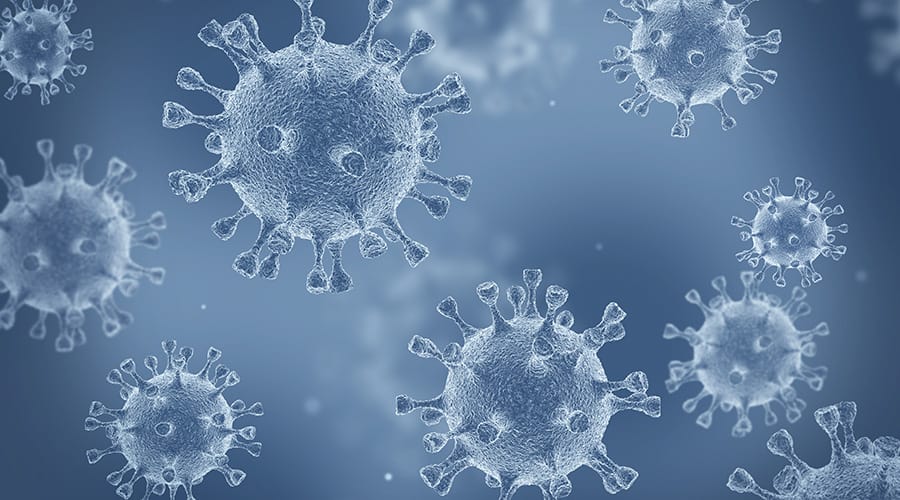 Your Coronavirus Update for June 24; Stay Up to Date With Elite.

More than 9 million cases of coronavirus (COVID-19) have been diagnosed worldwide as of Monday evening, including at least 471,000 deaths. Healthcare officials in the United States have reported more than 2.3 million positive COVID-19 patients and at least 122,000 deaths.

The human DNA that determines blood type may also have something to say about the likelihood of disease severity among those who contract coronavirus. According to a study recently published in the New England Journal of Medicine, gene variants in two regions of the human genome are associated with severe COVID-19 and correspondingly carry a greater risk of coronavirus-related death. The study, a genome-wide association study, has found that two stretches of DNA are implicated as harboring risks for severe COVID-19.1 Aside from blood type, the DNA also play various roles in the immune system and findings suggest that patients with blood type A face a 50 percent greater risk of needing oxygen support or a ventilator. In contrast, people with blood type O appear to have about a 50 percent reduced risk of severe disease.

Reportedly the first findings to identify statistically significant susceptibility genes for the severity of COVID-19, the research was led by those at Christian-Albrecht-University in Kiel, Germany, and Oslo University Hospital Rikshospitalet in Norway. The study included nearly 2,000 patients undergoing treatment for severe COVID-19 and respiratory failure at seven medical centers in Italy and Spain.

Analysis included patient genome data for more than 8.5 million so-called single-nucleotide polymorphisms (SNPs), which can help to pinpoint the locations of gene variants that appear more often in association with particular traits or conditions, specifically COVID-19-related respiratory failure in this study. Researchers compared SNPs in those with severe COVID-19 to those in more than 1,200 healthy blood donors from the same population groups to find the variants. One is said to be found on Chromosome 3; the other on Chromosome 9.1

Healthcare professional services nationally declined 68 percent in utilization and 48 percent in revenue based on total estimated in-network amounts compared to this time last year, according to a recent study conducted by FAIR Health, a national, independent, nonprofit organization. “Healthcare Professionals and the Impact of COVID-19: A Comparative Study of Revenue and Utilization,” the third such study by the organization, also claims that deferral of elective procedures and many routine in-person medical visits imposed a financial burden on healthcare providers and caused changes to their practices, such as a new emphasis on tele-health during March and April 2020. To study these issues, FAIR Health drew on its repository of private claims data to analyze, on a monthly basis, changes in utilization and estimated in-network reimbursement amounts for professionals in the first four months of 2020 as compared to the same months in 2019 (adjusted by Consumer Price Index), according to officials with the organization, which reportedly possesses the nation’s largest collection of private healthcare claims data, including more than 31 billion claim records contributed by payors and administrators who insure or process claims for private insurance plans covering more than 150 million individuals.

The study focused on seven specialties: cardiology, dermatology, oral surgery, gastroenterology, orthopedics, pediatric primary care, and adult primary care. For each specialty, changes in utilization and estimated in-network reimbursement amounts in the first four months of 2020 as compared to the same months in 2019 were analyzed, as well as changes in the five most common procedures in the first four months of 2020. Among the findings:

New rules, changes to on re-opening plans, and warnings from public health officials are becoming the newest of normals among states across the country that are seeing continued increases of COVID-19 cases. According to a recent report2 by the Washington Post, several mayors in Florida are implementing mask requirements in absence of a state requirement. Texas authorities have reportedly temporarily suspended alcohol permits of bars that have been violating protocols. A “complete shutdown” in Utah may be needed. According to the report, 29 states and U.S. territories have shown an increase in the seven-day average of newly reported cases as of Monday, while nine states are reporting record average highs.2 Hospitalizations are also reportedly rising rapidly in the hardest hit states.

Thank you for joining us for your coronavirus update for June 22. If you missed last week’s update, please consider reading it here.