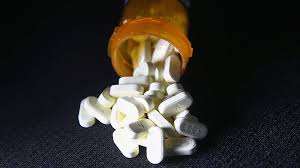 APNA launches webinars to inform nurses about opioid use disorder

Opioid drugs-from illicit heroin right down to prescribed oxycodone, hydrocodone and others-have been causing overdose and substance abuse problems for decades. In recent years, however, the pain-relieving, pleasure-inducing drugs have grown from a whisper to a roar, being dubbed a national epidemic.

In an effort to curb the epidemic, the American Psychiatric Nurses Association (APNA) has developed an online education program for nurses on effective treatment of opioid use disorder.

“APNA was invited to a White House discussion on the opioid epidemic, where key stakeholders were asked how they can help address the national opioid use and overdose epidemic,” explained Matthew Tierney, RN, MS, ANP-BC, PMHNP-BC, an associate clinical professor at the University of California San Francisco School of Nursing. “Nick Croce, APNA’s executive director, in turn, raised that question to the APNA membership, including APNA’s addictions council. The resounding answer was to provide education and spread the word about effective, evidence-based treatments for opioid use disorders.”

The free-of-charge courses APNA created target three main audiences: registered nurses (RNs), psychiatric-mental health RNs (PMH-RNs) and advanced practice nurses (APNs). Each course dives into what these nurses can do with their scope of practice and learned skills.

“All of the material was gathered in the context of what nurses need to know and what is applicable to their scope of practice,” said Tierney. “The information is highly targeted and applicable to nurses.”

In 8 months, the webinars went from conceptualization to consumer consumption. The RN course identifies key morbidity and mortality statistics related to both heroin and prescription opioid use. The PMH-RN course targets knowledge about care to populations with co-occurring psychiatric-mental health and opioid use disorders. The course APNs take reviews strategies for identifying pharmacologic and psychotherapeutic treatment options, as well as how to treat special populations-patients with HIV/AIDS, hepatitis C or pregnant women-who have opioid use disorders.

Nearly 3,000 nurses have participated in the webinar series, which will remain live on the APNA site until 2018. “We continue to try to get the word out via every means available to us,” added Tierney.

Through its online courses, APNA aims to dispel stigmatic language and attitudes toward people with substance abuse disorders. Misconceptions about opioid use disorder can have a lasting negative effect on treatment-a person does not need to “hit rock bottom” in order to receive medical help. Medically-assisted treatment doesn’t “replace one drug with another,” nor does a person “do this to themselves.” APNA believes that teaching evidence-based treatments will begin to change these beliefs.

Facing the Facts
“In 2014, about 10 million US citizens engaged in prescription opioid misuse, and an estimated 2 million met criteria for opioid use disorder, yet only about 800,000 received treatment,” said Tierney. “Nurses have frequent and regular contact with patients in numerous settings and at multiple levels of care. This makes them ideally suited to provide opiate interventions.”

Drug overdose is the leading cause of accidental death in the United States,1 with a record 47,055 lethal drug overdoses recorded in 2014. Of these deaths, 18,893 were related to prescription pain relievers and 10,574 were heroin related.1 The overdose death rate, sales of prescription pain relievers rate, and the substance use disorder treatment admission rate all increased by four times since 1999.2

“An element of adolescence is to experiment and try things. This may include experimenting with drug use,” Tierney explained. “Most adolescents begin their opioid experimentation by getting or taking drugs from a family member of friends, not from the Internet.” He said that it’s important for nurses to encourage patients and their families to discard old opioid medications.

In July 2016, former President Barack Obama passed the Comprehensive Addiction and Recovery Act (CARA), allowing nurse practitioners and physician assistants to use medication in treating patients who are experiencing an opioid overdose. Naloxone, a medication used to counter the effects of an opioid overdose, became more accessible thanks to CARA.

Though APNA does not take an active role in direct lobbying, Tierney said that CARA is “certainly a step in the right direction, because it has the potential to increase access to buprenorphine treatment for opioid use disorder.” APNA is working with the American Nurses Association (ANA) to review and clarify the role of the psychiatric-mental health clinical nurse specialist under the new act.

What Can Nurses Do?
Numerous institutions, like APNA and ANA, are working hard to combat opioid abuse. Though CARA has the support of many in the healthcare field, it still has room to grow and improve. But until it does, there is a need for medical professionals to start helping today. Nurses play an integral role in the health and healing of patients with an opioid use disorder.

Tierney said nurses can confront stigma by using non-shaming, non-blaming, patient-centered language. Nurses can also create a list for patients with the addresses and phone numbers of methadone clinics, buprenorphine treatment providers and other treatment centers, a list of needle exchange sites, information on locally available naloxone overdose-reversal kits, and the related local Good Samaritan laws. Tierney added that caregivers should remember this advice he heard from a spokesperson who had an opioid use disorder: “Be nice to me. Remember that I didn’t ask for this.”

“Opioid use disorder is treatable,” Tierney said. “People can and do get better each day, but we have to help them by providing the effective treatments and easing access to services.”

Autumn Heisler is a former staff writer for ADVANCE for Nursing.