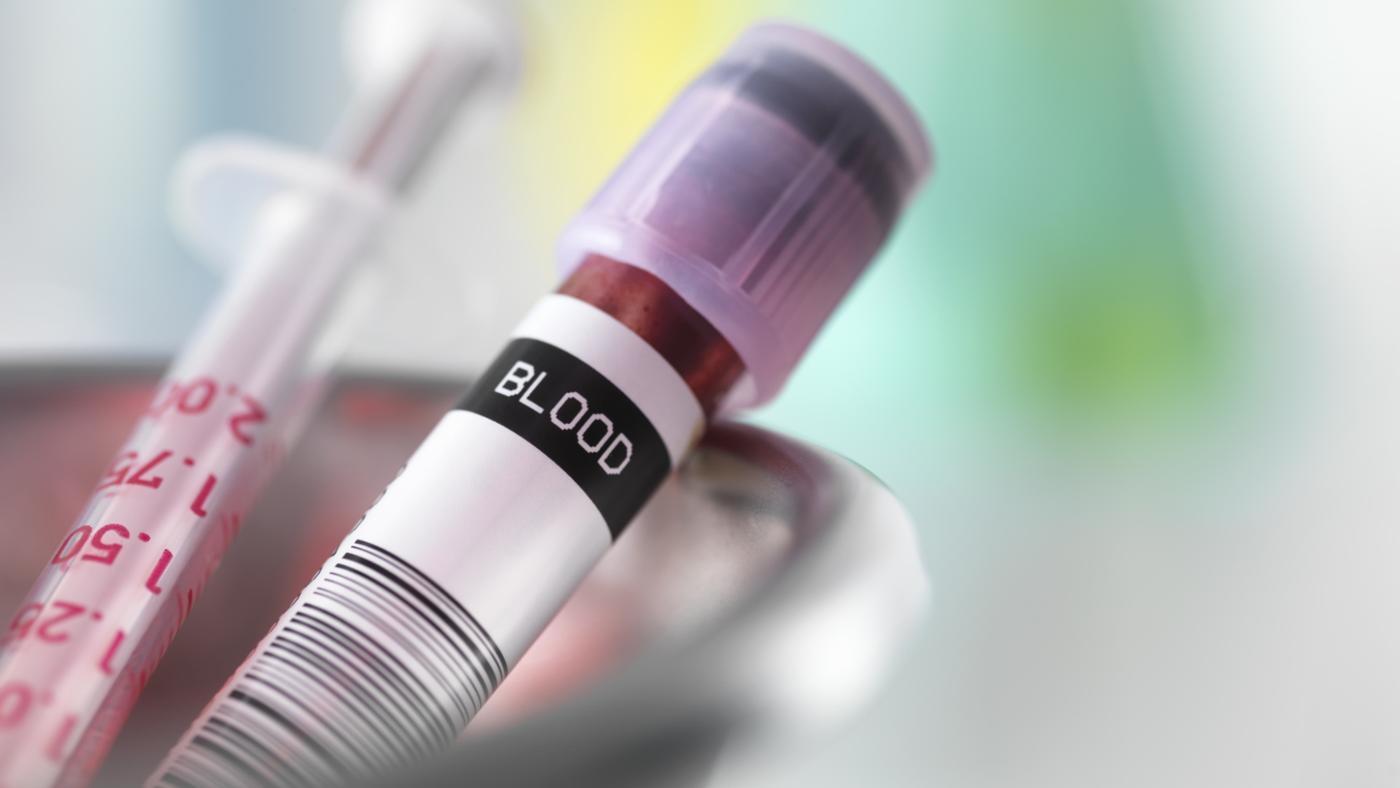 If you don’t use it you lose it! That aptly applies to interpreting the complete blood count (CBC) and differential (diff). Most of us are well acquainted with hemoglobin, hematocrit and white blood cells (WBC), but perhaps the rest of those numbers are insignificant to the particular patient being tested … or are they? What is the meaning of those other components of the CBC and diff?

Blood is made of two major components-plasma and cells. Plasma is the liquid part of the blood in which the formed cells are suspended. The plasma consists of water, plasma proteins (a few of which are serum albumin and globulin and fibrinogen), and other constituents. Plasma makes up more than half of the total blood volume.

What Does the CBC Test Analyze?

Red blood cells: RBCs are the number of erythrocytes in 1 cubic mm of whole blood. The RBC count will be low with iron deficiency, blood loss, hemolysis and bone marrow suppression. Increases may be found when one moves to a higher altitude or after prolonged physical exercise, and can also reflect the body’s attempt to compensate for hypoxia. Normal levels in men and women are 4.6 million-5.9 million and 4.1 million-5.4 million, respectively.

Polycythemia vera, a pathologic condition which is a proliferative disease of the bone marrow, causes an increase in total RBCs as well as an elevation in white cells and platelet count. Mild polycythemia may be corrected by increasing vascular fluid volume, while more severe cases require frequent phlebotomies or even radiation or chemotherapy to suppress bone marrow production.

Mature RBCs have a lifespan of about 120 days. In hemolytic anemia, the cell life span may be shorter. It is important to know this for patients desiring autologous transfusion (receiving one’s own blood), as red cell survival may be an issue. A hemolytic anemia patient should seek further medical advice before making an autologous donation.

Autologous transfusions are often considered before surgery to reduce the risk of blood-borne infections and transfusion reactions. Patients should deposit their blood up to 6 weeks prior to surgery.

Hemoglobin: Hemoglobin is the oxygen-carrying pigment of red cells. There are millions of hemoglobin molecules in each red cell. This blood component carries oxygen from the lungs to the body tissues. Decreases in hemoglobin occur for the same reasons as decreased RBCs. Normal levels in men and women are 14-18 g/dl and 12-16 g/dl respectively.

Hematocrit: The test for hematocrit measures the volume of cells as a percentage of the total volume of cells and plasma in whole blood. This percentage is usually three times greater than the hemoglobin. After hemorrhage or excessive intravenous fluid infusion, the hematocrit will be low. If the patient is dehydrated, the hematocrit will be increased. Normal levels in men and women are 42 percent-52 percent and 37 percent-47 percent respectively.

Reticulocyte: These are the new cells released by the bone marrow. The reticulocyte count is therefore used to assess bone marrow function and can indicate the rate and production of RBCs. Normal to slightly elevated reticulocyte counts may occur with anemia demonstrating an underproduction of red cells (such as with iron or folate deficiencies), depending on the staging of the disease. Elevated levels may indicate blood loss or hemolysis. Normal levels are 0.5 percent to 1.5 percent.

MCV: This measures the average size of the RBC and can be calculated by dividing hematocrit X10 by RBC count. Normal values are 80-100 fL.

Low values indicate the cells are microcytic (small cells) and are often evident with conditions such as iron deficiency, lead poisoning and the thalassemias. High values greater than 100 fL indicate macrocytic cells (large cells), and are found with such conditions as megaloblastic anemia, folate or Vitamin B12 deficiency, liver disease, post-splenectomy, chemotherapy or hypothyroidism. The MCV can be normal with a low hemoglobin if the patient is hypovolemic or has had an acute blood loss.

MCH: MCH is the average weight of hemoglobin per red cell. Normal level is 27 to 311 picograms (pg) or 28-33 pg, depending on the reference.2

MCHC: MCHC is the average concentration of hemoglobin per erythrocyte. Normal levels can be seen with acute blood loss, folate and Vitamin B12 deficiency; these cells will still be normochromic. Hypochromic or “pale cells” will be seen with conditions such as iron deficiency and the thalassemias. Normal levels are 32 percent-36 percent.1,2

RDW: This index is a quantitative estimate of the uniformity of individual cell size. Elevated levels may indicate iron deficiency or other conditions with a wide distribution of various cell sizes. Normal levels are 11.5 percent to 14.5 percent.1

Platelets, also known as thrombocytes, are small elements formed in the red bone marrow. They are actually fragments of megakaryocyte cytoplasm (precursor cell to the platelet.) Platelets help to control bleeding. There are two means by which platelets are able to do this: one is by forming an occlusion at small injurious openings in blood vessels; and the second by a thromboplastic function which stimulates the coagulation cascade. Both platelet number (measurable by platelet count) and platelet function (not measurable by platelet count) play a role in the effectiveness of the platelet in controlling bleeding. Note that platelet count measures only platelet number, not function.

In the cases of thrombocytopenia, the patient will have decreased platelets and can experience severe bleeding. Thrombocytopenia may occur for many reasons, a few of which are:

Many conditions can elevate platelet number, a few of which include:

Other conditions may enhance platelet function, a few of which are atherosclerosis, diabetes, smoking and elevated lipid and cholesterol levels. These situations can enhance the patient’s chances of developing thrombosis. The normal level of platelets is 150,000-350,000/cubic mm.

WBCs, also known as leukocytes, are larger in size and less numerous than red cells. They develop from stem cells in the bone marrow. WBC function involves the response to an inflammatory process or injury. Normal levels of WBCs for men and women are 4,300-10,800/cubic mm.

When the white count is abnormal, the differential segment can measure the percentage of the various types of white cells present. Differential counts add up to 100 percent. The differential usually includes neutrophils, bands, eosinophils, monocytes and lymphocytes.

Though the discussion below lists each differential cell and describes increases or decreases in percentage in response to various stimuli, the reader must also remember that most of these percentages can also fluctuate in patients with certain kinds of leukemia and other pathologic conditions.Neutrophils: The function of neutrophils is to destroy and ingest bacteria. Neutrophils arrive first at the site of inflammation; therefore their numbers will increase greatly immediately after an injury or during the inflammatory process. Their life span is approximately 10 hours, then a cycle of replenishing neutrophils must occur. Besides during inflammation, neutrophils increase with such conditions as stress, necrosis from burns and heart attack. Normal levels range from 45 percent-74 percent.

Bands: These are occasionally referred to as “stabs” and are immature neutrophils which are released after injury or inflammation. The presence of bands indicates that an inflammatory process is occurring. An increase in the release of immature cells is known as a “shift to the left.” In the days of written reports, lab personnel would write the bands in the left margin, hence the lasting name some sources claim, which represents an increase of bands or stabs.2 However, other references say the shift to the left refers to the early release of younger white cells such as bands and metamyelocytes from the bone marrow reserve into the blood stream (a shift from the right, meaning mature cells, toward the left of the maturation series, meaning less mature cells). Normal level ranges from 0 percent-4 percent.

Eosinophils: These are found in such areas as skin and the airway in addition to the bloodstream. They increase in number during allergic and inflammatory reactions and parasite infections. Normal blood levels range from 0 percent-7 percent.

Basophils: Called basophils when found in the blood, these cells are also known as “mast” cells when found in the tissues. Tissue basophils are found in the gastrointestinal and respiratory tracts and the skin. They contain heparin and histamine and are believed to be involved in allergic and stress situations. Basophils may contribute to preventing clotting in microcirculation. Normal blood levels range from 0 percent-2 percent.

Monocytes: These cells arrive at the site of injury in about five hours or more.3 The monocytes are phagocytic cells that remove foreign materials such as injured and dead cells, microorganisms and other particles from the site of injury, particularly during viral or bacterial infections. Normal levels, which vary depending on the source, range from 2 percent-8 percent3 to 4 percent-10 percent.2